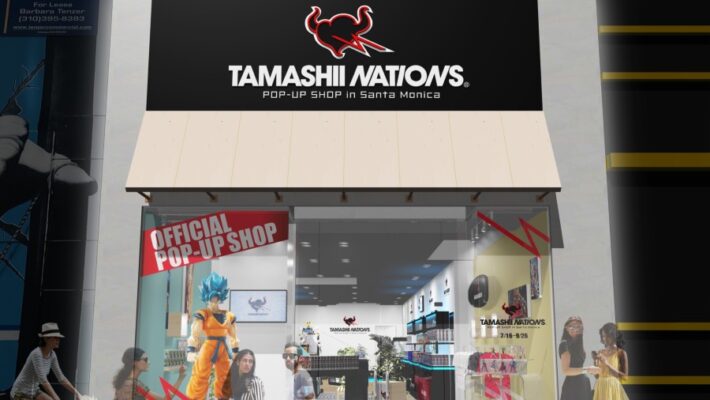 The Tamashii Nations Pop Up Shop is now open in Santa Monica, California. The limited time store gives people a chance to get various Bandai figures in-person. People will be able to find it at 1245 3rd Street Promenade. People will also be able to see prototypes and get free gifts.

While Bandai didn’t exactly specify what will be there, it did offer some details on its official site and in a press release. The Tamashii Nations Pop Up Shop in Santa Monica will carry items from the Figures Zero, Metal Builds, S.H. Figuarts, and S.H. MonsterArts lines. These figures will include people, mechs, and creatures from Demon Slayer, Dragon Ball, Evangelion, Fate/Grand Order, Gundam, Kamen Rider, Monster Hunter, and Street Fighter. While it didn’t say which purchases will include special bonus items, the official site did note that there are “free gifts” for some “while supplies last.”

There will also be things to look at while people visit. Some prototype figures will be on display, so people can see how products look at different stages of development. The concept art and site also mentioned statues will be available to look at and take photos with. Again, exact identities of prototypes and statues weren’t revealed, though people might be able to see some by checking the #TamashiiNationsPopUpShop hashtag online.

The Tamashii Nations Pop Up Shop in Santa Monica, California will be open until September 26, 2021. It will be open 11am-7pm PT Mondays through Fridays and 11am-8pm PT on Saturdays and Sundays.