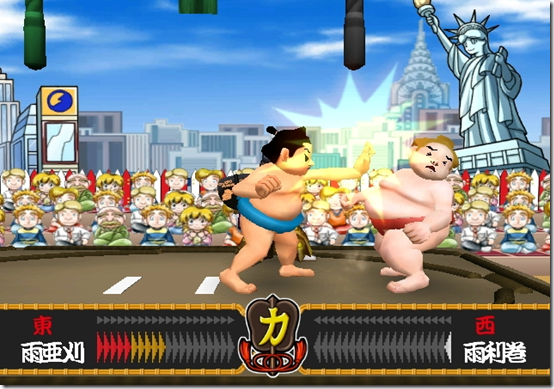 Along time ago, before Dead or Alive and Ninja Gaiden, Tecmo made a sumo wrestling game. Today, Tecmo is going back to their roots with Tsuppari Oozumou Wii Heya (loosely: Slap Attack Sumo Wii Stable).

Players hold the Wii remote NES style and push/toss their rival out of the ring. There are ten sumo wrestlers to fight, not including the ones you create. Miis are used to make custom wrestlers. Aspiring sumo wrestlers can use their caricature as a base and test their might against my rotund Admiral Ackbar. In between bouts there are two mini-games to play: a practice mode and meal game where you stuff a junior sumo wrestler.

Tsuppari Oozumou Wii Heya is out now for 1,000 Wii Points ($10), but only if you have a Japanese Wii. Even though a screenshot shows wrestlers battling in New York City I wouldn’t count on Tecmo to bring this game overseas. 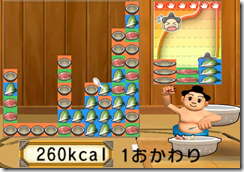 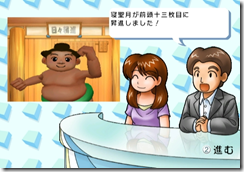