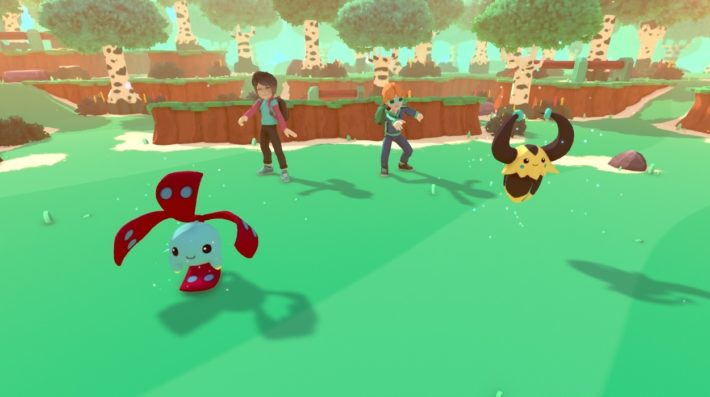 Temtem is now available for a wider audience! The early access phase has begun on PCs, which means it… doesn’t always work as you’d expect. But the initial few moments can be good and the Crema has been pushing out hotfixes at a ridiculous rate, which can be a big help. I played a bit of the alpha, and now that the early access phase has begun, we’ll be having a Temtem diary every Saturday for a few weeks to go over what people can expect.

Since this is the Temtem early access period, it means you have to deal with certain issues. One of which is temporary overcrowding. There’s a lot of hype behind this game, which accounts for it. But, it means that you might run into issues. For example, earlier this week opening an item box would cause the game to crash. (Crema fixed it.) When I logged into Temtem on January 23, 2020, I entered a match to find the game had changed my pronouns on me. But the biggest thing you’ll encounter is the wait to get in. You’ll log on, then get a “one moment please” message with a Kaku flying around. I’ve seen that number be as high as 15,000 and as low as 5,000. 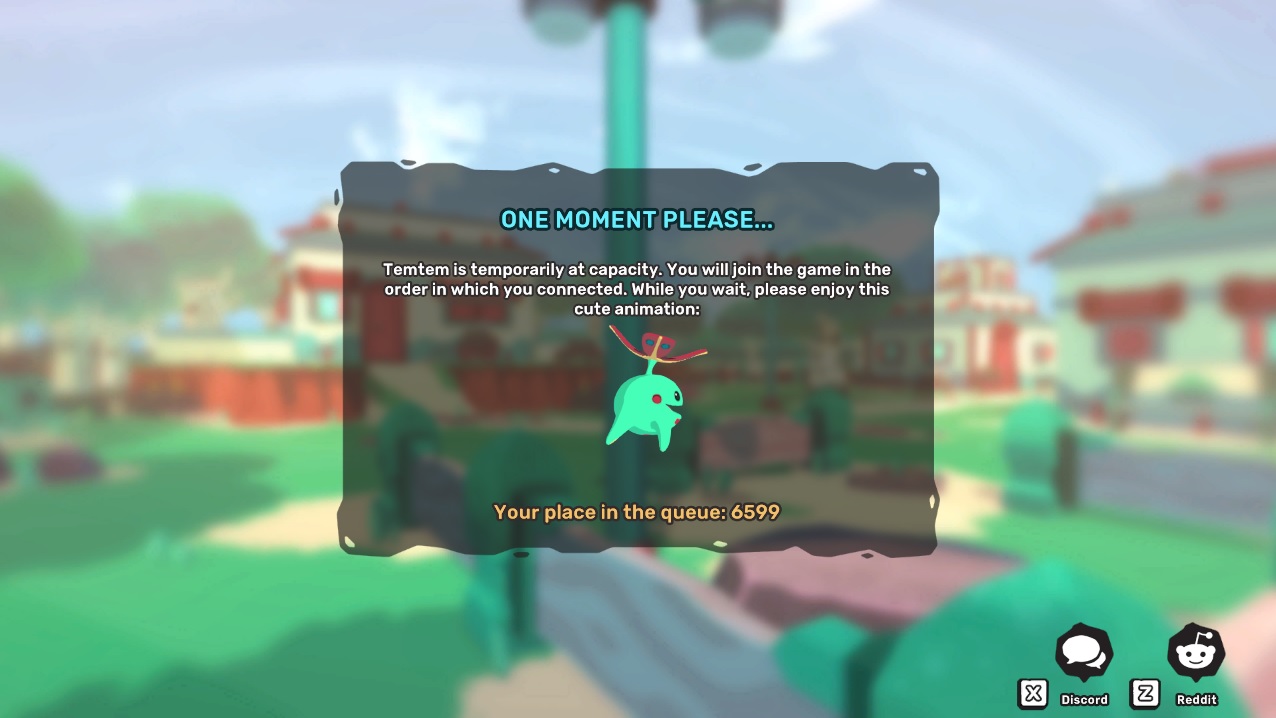 But there are two things I’ve learned. One is that the wait to play Temtem is never as long as you’d expect. On some days, it seemed like I could get through a 5,000 place queue in under ten minutes. The other is that visiting during off hours means little to no wait at all. When I hopped on after 7 or 8pm CT, I was absolutely fine.

The other thing I’ve learned, since this isn’t my first rodeo, is which characters to invest in. While the initial alpha was short and data didn’t carry over, people could learn character nuances and pick which ones could be good characters to start with. With the initial starter Temtems, any of the three could be a good option for someone. This isn’t like Pokemon where your starter will always be stronger than your rivals or one could be better for the first gym. In fact, since the Arissola Dojo is made up of water and wind types, you are probably going to want to have a Ganki, Kaku/Saku, or Swali/Loali to deal with them.

So with your starting Temtem, you might want to think about the best paired strategies. If you are looking for an edge as you prepare for that first dojo and find your footing, I’d say the best Temtems are Crystle and Houchic. Crystle is a crystal type, which means the Gankis as you scale the cliffs won’t give you trouble. More importantly, it has high defense and gets the Crystal Dust Synergy attack early on. Since you’ll see a lot of wind-types early on, like Paharo/Paharac, Ganki/Gazuma, and Pigepic, and you are given Tuwai right away, you’re guaranteed extra damage and speed. Houchic could be even more helpful in that first dojo, as it learns Energy Manipulation. If you have a nature ally, like Kaku/Saku or Swali/Loali, then that attack does more damage and has its exhaust debuff last longer. 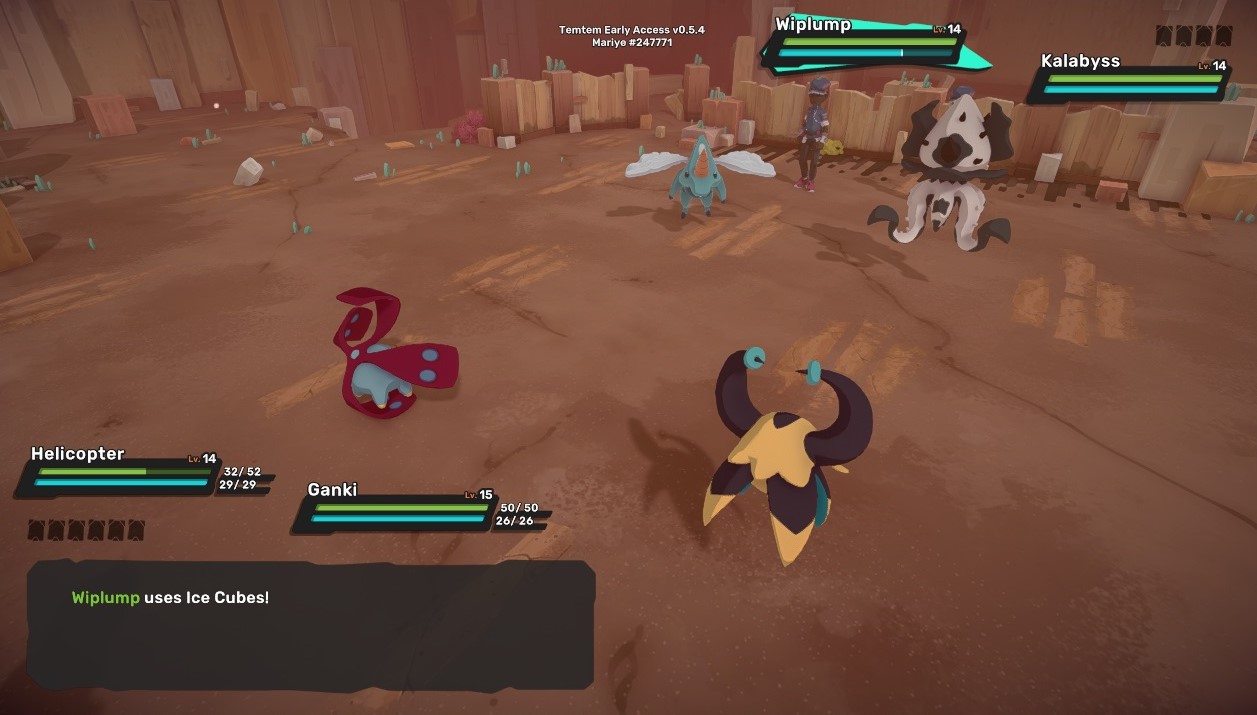 As for characters who aren’t starters, there are a few really helpful Temtems you will want to catch and train right away. The first two you might want to scout are Kaku and Swali. Both are nature types, which come in handy for that first dojo. Both level up rather quickly, so you’ll have their evolved form after Swali’s been with you for eight levels or Kaku’s been with you for eleven. Each also gets the wind typing added to their own when they level up. Of the two, I’d say Saku ends up being most useful. It gets the Sharp Leaf skill you’ll need for the first gym.

As for other characters I’d recommend, I’ve found Ganki and Skail to be two of my best Temtems during this early access run. Ganki is invaluable as you deal with all of the aquatic creatures and birds around the Thalassian Cliffs, The Gifted Bridges, the Windward Fort, Indigo Lake, and the Sillaro River. It’s fast, which is great. It also gains Chain Lightning, which ends up hitting other enemy Temtems, at only level 16. As for Skail, it became my good buddy due to its survivability. It had the Scavenger trait, which meant 20% of its health would be healed after an enemy Temtem was defeated. It also had the amazing Held Anger attack, which would take three turns to charge but would then deal a tremendous amount of damage. It basically ended up becoming my unkillable character and, since it starts as a neutral type, all you’d really have to worry about are mental attacks. (Which are infrequent in the early game.)

Temtem is taking its first steps. The game is beginning to find its way, and progress can be seen every time you log into it. While you might sometimes need to wait to log in, it is easy to get started and enjoy an adventure. Plus, there are already a solid assortment of characters you can start gathering to build up a fluffy fighting force.

Temtem is available for PCs via early access. It will also eventually head to the Nintendo Switch, PlayStation 4, and Xbox One.