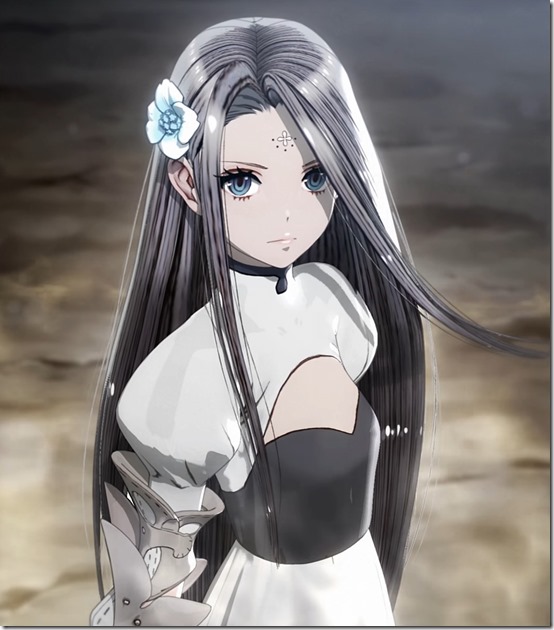 Following the reveal of Terra Battle 2 by Mistwalker, the company released the game’s first trailer, and it is certainly looking pretty from what we see so far.

Terra Battle 2’s producer is none other than Final Fantasy creator Hironobu Sakaguchi of Mistwalker. Its music is handled by Nobuo Uematsu of Dog Ear Records, main character designs by Kimihiko Fujisaka of Mistwalker, and is being co-developed by Silicon Studio.

The track in the trailer is called “High Sky” by the progressive rock band Earthbound Papas led by Nobuo Uematsu.

Mistwalker recently opened the official website for Terra Battle 2 with some info on its story:

The pure will light up and awaken.

An aura too strong gives life to Good… And Evil

To our world… TERRA

The place to which we must return, the place from where we must depart.

As well as a message from Hironobu Sakaguchi:

This is the inception of a brand new franchise — Terra World.

Following the success of “Terra Battle” (Terra Battle 1), I have created “Terra Battle 2” and “Terra Wars.” While both share the same fundamentals as Terra Battle, they offer re-designed gameplay, and a completely new world and story.

I intend to use a similar numbering structure as my past work: the FINAL FANTASY series. Each installment of the “Terra” franchise will have its disctinct feel, unique from any other.

Yes, I have become old enough that some call me a “legend,” of the industry, but I wish to try and remain an active creator. Until the day I retire, I (secretly) wish to expand the “Terra World” and create 9 experiences. (As I have created 9 installments for the Final Fantasy series.)

Terra Battle 2 is in development for iPhone, Android, and PC.