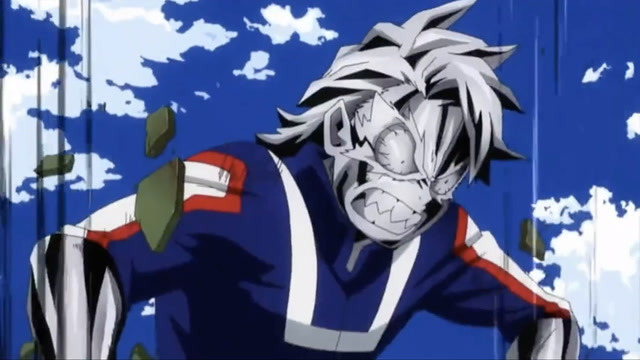 Tetsutetsu Tetsutetsu will join the roster of My Hero One’s Justice 2 as a DLC character. Players can expect Real Steel to arrive sometime in Winter 2021. [Thanks, Ryokutya2089!]

However, outside of the reveal of Tetsutetsu Tetsutetsu making it into the roster of My Hero One’s Justice 2, further information has yet to be disclosed. Screenshots and gameplay videos will appear in the coming months to show how his Steel Quirk will work in-game. Given that his skin can turn to steel, expect a strong fighter.

In October 2020, it was announced that Itsuka Kendo would join the lineup of characters My Hero One’s Justice 2 as a DLC character.

Since its release, My Hero One’s Justice has added more than a handful of characters to its roster. Additionally, other features have been added over time. These included a photo mode where players could choose between a standard portrait mode or an action scene mode. Players could pick from an assortment of backgrounds and stamps when using the photo mode. This feature was added into the game entirely for free.

My Hero One’s Justice 2 is now available for the PlayStation 4, Xbox One, Nintendo Switch, and PC via Steam. Real Steel will join the game in Winter 2021.