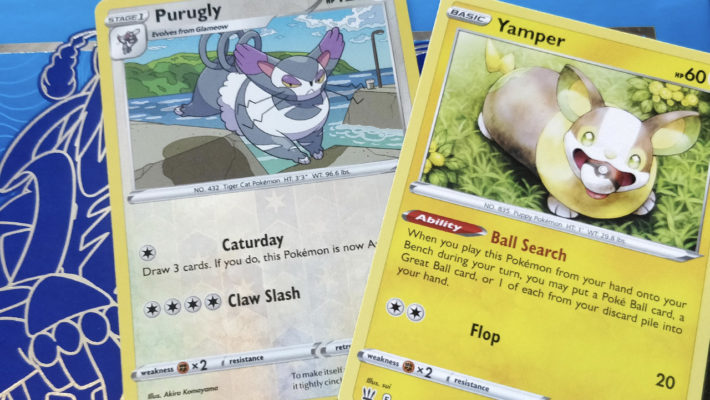 The new Battle Styles set of the Pokemon Trading Card Game has some cool cards, as always! Here are a few we’d recommend checking out.

Battle Styles’ alternate rare treatment looks cool across the board, but our favorite is the dual threat of Tyranitar V. You can go for a foil outline treatment of the perennial powerhouse, if you’re a traditionalist. Or you could find a fun post-eating scene with a ton of empty plates and a Pignite buddy. Both are viable options for anchoring your Single Strike deck.

Returning to the game after a few years, Level Ball lets you grab a Pokemon from your deck with 90 HP or fewer. While the game has really built around super-powerful GX and V creatures in recent years, there’s still a need for pre-evolutions and useful bench abilities from time to time, and one more way to search for them is handy.

Hey, not everyone gets cards to use them. Some are here for the art, and if that’s you? You want this Yamper, right? We’re pretty sure you do. The card lets you retrieve Poke Balls from your discard pile, which is useful on its own. But the best part is you get art of your little doggie pal having a good time! 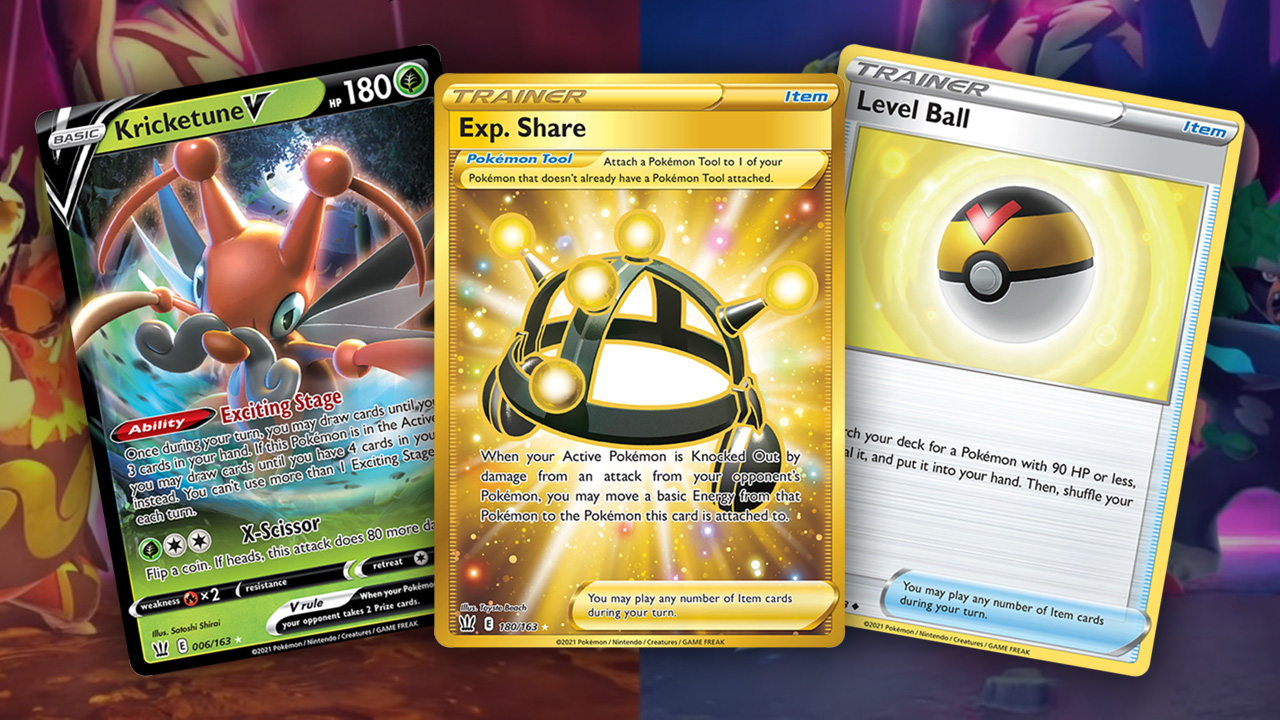 Since supporter cards are limited to one a turn and high-power creatures mean you need fewer to fight, a common strategy is using that excess bench space to trigger helpful abilities. Kricketune V’s Exciting Stage ability lets you draw up to three cards every turn, and a fourth if you make it active. Even at just three, it’s a useful deck component.

Is this a good card? No, it really isn’t. Is it… mechanically innovative? Nope, not that either. But Purugly has one thing going for it, and it’s that it has a move called “Caturday.” It grabs a bunch of your stuff and falls asleep, which… hey, sounds right! We’re suckers for silly wordplay, though, so that’s most of it.

The Exp. Share trainer card has been a staple in the TCG for a long time, so the introduction of a golden secret rare in Battle Styles? Yeah, people are going to want that one. All secret rares are generally sought after, but ones that can go in a lot of decks tend to rise to the top. While we wouldn’t recommend speculating in the card market for profit, pulling one of these from a pack would feel really cool! (We’re not that lucky.)

Pokemon Trading Card Game’s Battle Styles expansion will officially release on March 19, 2021. Check out our coverage of the set for more details.