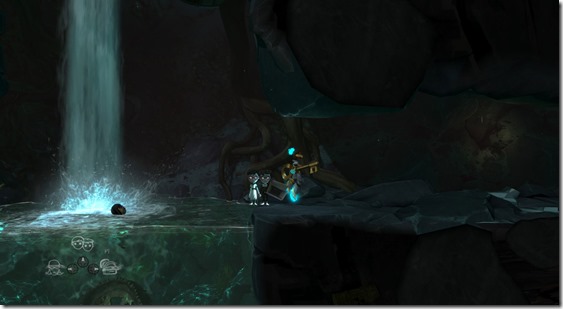 I first encountered The Cave at an expo last year. Situated near the entrance to the expo floor, naturally, it drew my attention and I took the game for a spin. It was a choice I didn’t regret, and found myself looking forward to the release of the full game after having tried it out. I eventually got to play the full game a few weeks ago.

In The Cave, you are presented with 7 characters, but you can only bring 3 of them with you to explore the Cave. Each adventurer has a unique ability which separates them from the rest, but there is no set rule on which characters should join the party and it is best to choose the characters to your liking. Joining you in your quest is the Cave itself, which provides narration every time something significant occurs. It’s quite bizarre to become the narrator when a group of people is having an adventure in your insides, but in this case, it works.

For a cave-themed theme park, The Cave has absurd amounts of pitfalls and intertwining areas which lead to radically different settings from one another. This is quite an ingenious move from a design perspective in adhering to the game’s theme while introducing different area designs to relate to the game’s characters. The Cave can be broken down into several stages, which are mandatory areas and character specific areas. Mandatory areas are the ones which stay constant in every playthrough, and serve as a bridge to connect the character specific areas. 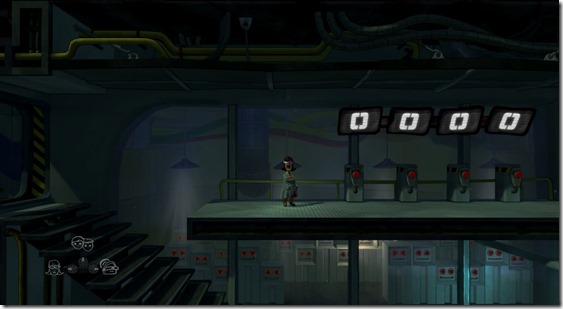 Elaborating further on the character areas, each area carries the character’s theme, which provides an interesting range of locales from a Victorian era house to a museum in the future. These areas are the high points of the game, where you can learn the character’s backstory and motivation over the actions they are going to commit, and unfortunately, relive the moments where they commit their respective crimes. In The Cave, everyone is regrettably a psychopath who delivers punishment over the most trivial matters.

You can find the influence of adventure games of old in The Cave in how the game relies on puzzles to as a medium for interaction with the player. Of course, this involves picking up items, deciding on how to best utilise them and patting yourself on the back over the ingenious solution you discovered yourself. Puzzles in The Cave are not exactly difficult, but it will leave your head itching over the logical progression of its solutions. But then, this is when the game exposes its weak points. The time spent most in solving puzzles is not the thought process and experiment, but backtracking.

For your first play-through of The Cave, backtracking shouldn’t really be a problem, although it could do with less rolling objects across the map. However, from a second play-through onwards, the main issue with tedium lies with the mandatory stages. When players are expected to go through these stages more than once in order to experience all the endings, these stages should be optimised to be a short and sweet experience. Padding is to be expected, but concentrating on the main attraction—character areas—should’ve been the main objective on subsequent play-throughs. 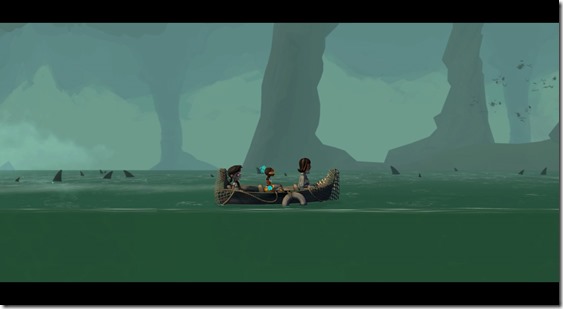 Aside from the tedium of repeated sections and actions needed to complete them, The Cave shines in other areas, particularly the humour and visual design. Making jokes on other people’s misfortune and random snarky comments make the Cave a very charming narrator, thanks to the excellent writing. The writing extends to the scenarios itself, where you can only wonder what kind of experiences that lead the writers to pen such twisted story for its characters. In addition to the story told in the character areas, there are also collectibles scattered all over the Cave, which unlock comic strips that flesh the stories out further.

The Cave is an interesting game to present to the current generation who have never dabbled in adventure games before. It has been altered in some form to lower the entry barrier, but stumbles quite a bit due to the forced tedium of its design. Although it struggles to combine its best features together, I enjoyed my time with it.

1. The Cave offers two different endings for each character—one good ending and one bad ending. This is determined at the very end of the game.

2. Co-op multiplayer is present in the game and makes the game more fun.

3. The game over screen does not exist in The Cave, so experiment all you like.

4. A trick that is not documented in the game is when a character grabs something, hold the grab button and change to another character. This will make sure that the previous character is still maintaining control over the object. This is crucial in some puzzles, especially the Time Traveller’s.