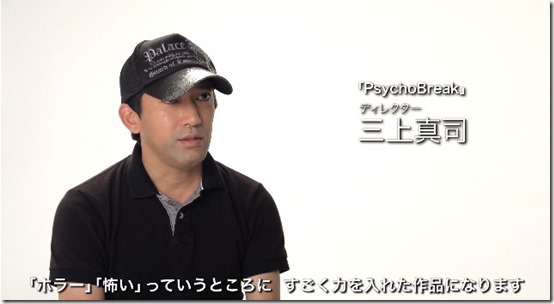 The Evil Within is an upcoming survival horror game developed by Tango Gameworks, and led by director Shinji Mikami, known for creating the Resident Evil series back in his days at Capcom. In a recent PlayStion 4 Creator’s Interview, Mikami talks about the importance of keeping up and adapting with not only the latest hardware, but the tools and engine to go with it.

Mikami starts the interview by reiterating that The Evil Within will be a game that focuses a lot on the fear and horror aspect of the survival horror genre, as previously reported. According to the director, a feeling of fear running  throughout your body will be sensed as you grip the controller, especially for the PlayStation 4’s evolved controller, which Mikami has grown fond of.

“Our goal is to bring a bodily sensation to the players through the controllers,” says Mikami. “For example, a nervous feeling that will make you panic, or say ‘Please, somehow just die…’ as you do your best and try to shoot them down.” 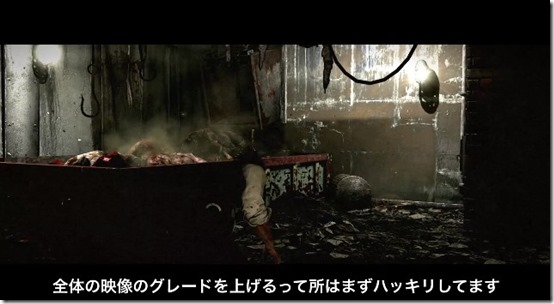 Mikami adds, “The PlayStation 4’s resolution is very high, so the picture is gorgeous. In regards to lighting, the parts that were rather sketchy in the past, can now be done with much more detail, which I believe is a big part of the evolution.”

He also shares his idea that when there’s room to improve smaller details, as long as you give it your best, they all eventually add up and make the entire picture’s grade much higher. This not only applies to the amount of lighting, or parts focusing on horror, but also the change in detailed space, by adjusting them all to increase the overall grade, even if it’s by a miniscule amount.

“The density of our pictures is very high. Particularly the parts that connect the game play to the cut-scenes,” says Mikami. “It goes straight in (the cut-scene) and straight out, smoothly. By properly splitting the data throughout the chapters, it is hard to differentiate when the game play starts and when the cut-scenes start. We’re putting plenty of attention into the adjustments of room space, positional relation between you and the enemy, sense of depth, and sound volume. The seamless tying of it all is coming out very nicely.”

Mikami concludes, “In the end, it’s the ‘hand of people’ or craftsmen who create the ‘quality,’ and as the hardware evolves, the demand for the craftsmen’s environment and abilities increase that much more in today’s era, where I’d like for us to continue producing well. The PlayStation 4’s new specs , such as the ‘detailed expressions,’ are a crucial part in creating an atmosphere. We’re doing our best in those regards, along with its overwhelming realism, so please look forward to it.”

The Evil Within is slated for release in 2014.