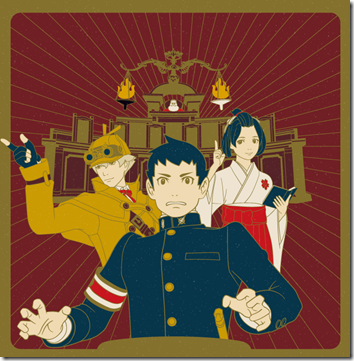 The Real Escape games have been getting pretty popular in Japan, where we’ve seen different themes such as an Attack on Titan one, and a jailbreak one. The latest is by Capcom’s The Great Ace Attorney, and it’s a little different from the others.

Real Escape games are kind of like real-life versions of “escape the room” or “escape adventure” games, where you’re tasked with different objectives in order to escape the various facilities.

The jailbreak one called “Ultimate Fort” requires you to take on various challenges and clues to find your way out of jail, with a variety of over 100 missions. The Attack on Titan one puts you in the role of a Survey Corps member, and they make you solve puzzles before getting chomped up by a Titan.

As for The Great Ace Attorney, you’re not going to run from any threatening giants or be making any attempts to get out of jail, but your brain does all the action, as you’ll partake in a massive mystery case, as shown at the 1:39 mark in the video.

The Real Escape Game X The Great Ace Attorney event throws all kinds of puzzles and brain twisters at the participants, who must team up with their group in order to advance in the case.

To give it more of an Ace Attorney feel to it, players take on the role of attorneys that are studying under Ryunosuke in London, with various interactive events going on with Ryunosuke, Susato Mikotoba, Sherlock Holmes, and other characters.

As the players advance through the case by solving various puzzles and finding contradictions in the case like the Wrights would, they’re given details on the next testimony. Groups that manage to complete everything on time are declared the winner.

Various celebrities and game developers that have attended the preview event say that it really puts you in the shoes of an Ace Attorney, and it comes with everything from the thrill to the mind-blowing mysteries that you’d get from the game. There are also special guests that are involved in the making of The Great Ace Attorney that will be at all the events.

The Real Escape Game X The Great Ace Attorney event is currently ongoing in Japan until next month. You can check out the schedule here if you’re in the area and would like to check it out.