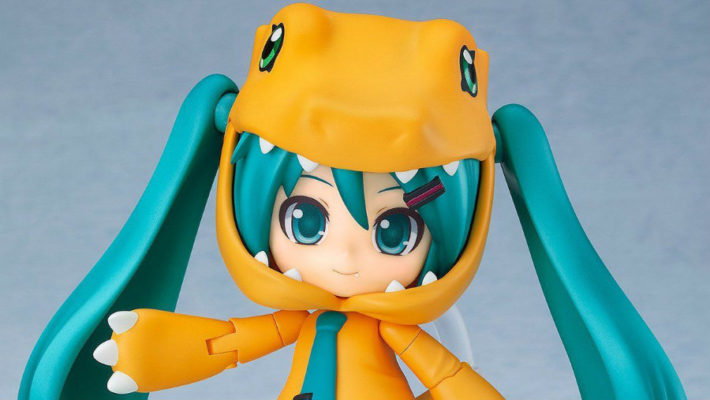 Pre-orders are about to open for a rather unusual Hatsune Miku Nendoroid. On August 28, 2020, people will be able to call dibs on a Miku Agumon Nendoroid at the Premium Bandai Japanese site. She’ll cost 5,500円 (~$52) and should ship in May 2021. Only the Japanese product page is open for now, but the English Good Smile Company

To give people an idea of how she turned out, here’s the concept art for the the Miku Agumon kigurumi Nendoroid from August 2019.

Miku will come with extra face plates and accessories. There’s her default smiling face, one where she seems enamored with whatever she’s looking at, and a third where she’s incredibly enthusiastic. She has Tai’s goggles, which she can hold, and her very own yellow butterfly. 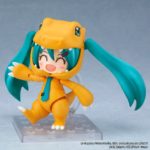 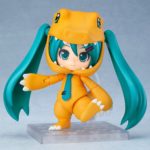 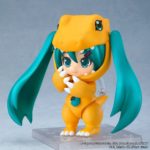 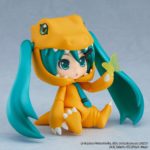 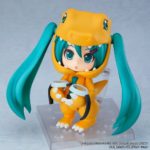 This is actually a part of a larger crossover between the vocaloid and Digimon Adventure, which took place as part of the 20th anniversary celebration. The Nendoroid was announced last year, right around when the Hatsune Miku version of “Butter-Fly” was released. You can hear the rendition, which was put together by mikitoP, on Niconico.

The Hatsune Miku Agumon Nendoroid will ship in May 2021.