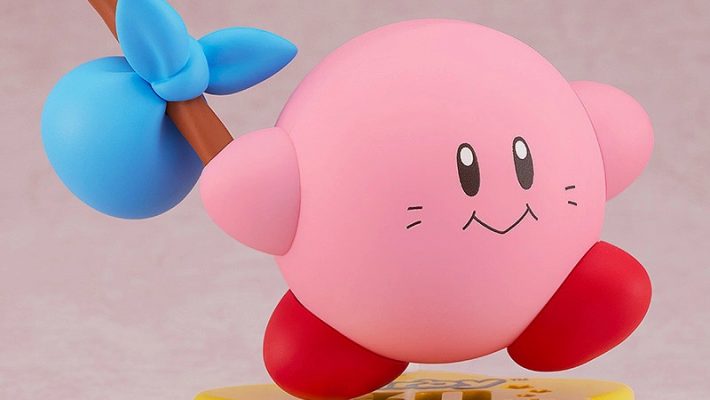 Good Smile Company opened pre-orders for a limited-edition Kirby 30th anniversary Nendoroid. The Nendoroid features magnet-connected movable limbs and comes with four different facial expressions, including one from the cover of Kirby’s Dream Land. The Nendoroid costs $47.99, and pre-orders will last until July 13, 2022, or while supplies last. It will ship sometime in February 2023.

The Kirby Nendoroid has magnetic limbs, meaning owners can freely pose Kirby’s arms and legs however they wish. It also means that, if you own any of the previous Kirby Nendoroids, you can also swap and customize the parts to your liking. The Nendoroid also comes with a total of four facial expressions. These include Kirby’s standard expression, as well as a retro-style expression, a flustered expression with wide-open eyes, and a face with spiral eyes.

From the "Kirby" series of games comes Nendoroid Kirby: 30th Anniversary Edition! The Nendoroid comes with four adorable face plates and optional parts for recreating situations from the games in Nendoroid form!

Furthermore, the Nendoroid comes with a set of various items such as a bindle stick, a Friend Heart, and a Japanese sweet potato. The Star Rod also makes an appearance, with gold glitter on the star to celebrate the occasion. Some of the items will fit in Kirby’s hand via a hole, while others attach via magnet. Additionally, the 30th-anniversary logo is printed on the Nendoroid’s stand.

You can get a better look at the Kirby 30th anniversary Nendoroid in the screenshots below: 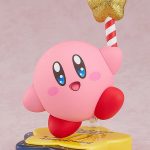 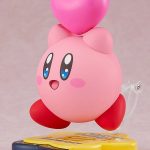 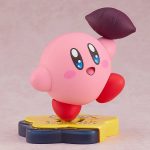 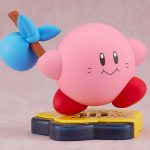 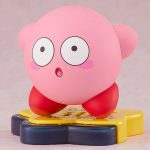 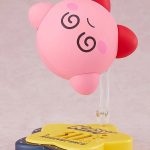 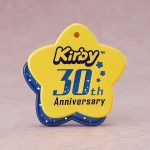 The Kirby series is celebrating its 30th anniversary this year. As part of celebrations, various collaborative merchandise is being released, including an alarm clock and a palm-sized light.

The Kirby 30th-anniversary Nendoroid is available for pre-order via the Good Smile Company store. It costs $47.99, and pre-orders will close on July 13, 2022, or when stocks run out. Depending on how quickly it sells out, Good Smile Company may open an additional round of pre-orders at a later date.