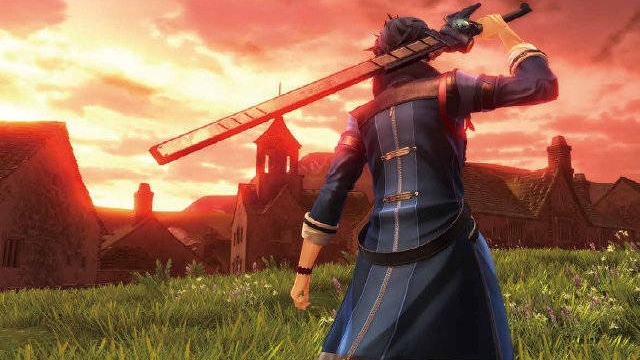 Nihon Falcom announced the next installment in The Legend of Heroes series during the Falcom Day Winter 2020 broadcast. The Legend of Heroes: Kuro no Kiseki will continue the already extensive series. The developer plans to release it in 2021. [Thanks, Ryokutya and Xenosaga7!]

Alongside the initial The Legend of Heroes: Kuro no Kiseki announcement, Nihon Falcom shared a few details about the upcoming game. This included information about changes that will be made to the combat system, which will add real-time combat. Movement and combat will be seamless. In addition, more active elements will be added to the series. The Tactical Link and Brave Order systems have been removed, and will be replaced with an entirely new system.

As for the scenario, the game will take place in the year 1208 in the country of Calvard. The scale of the game will be similar to that of the Trails of Cold Steel titles. The majority of the characters featured in this installment will be new, with a few characters from previous titles appearing. It is also mentioned that The Legend of Heroes: Kuro no Kiseki will have a proper ending.

Toshihiro Kondo, CEO of Nihon Falcom, was asked about the possibility of The Legend of Heroes: Kuro no Kiseki appearing on the PlayStation 5 and PC. He responded, “We would like to release it on other platforms where consumers are interested, other than the PlayStation 4.” Kondo mentioned that the developer will prioritize and consider where there is the most demand. It was also mentioned that if this next installment underperforms, there will not be a sequel.