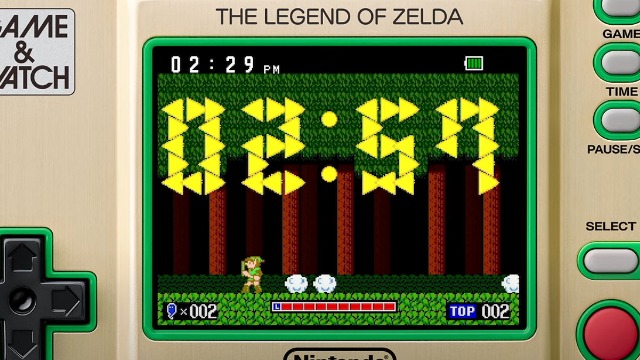 Additionally, a trailer has been released demonstrating these various titles on the console.

Another feature is a “playable clock” that will allow for users to play through various The Legend of Zelda levels as a clock ticks in the background.

This special Game & Watch was announced at the E3 2021 Nintendo Direct. This broadcast also shared more information regarding Hyrule Warriors: Age of Calamity, and an entirely new trailer for the sequel to The Legend of Zelda: Breath of the Wild.