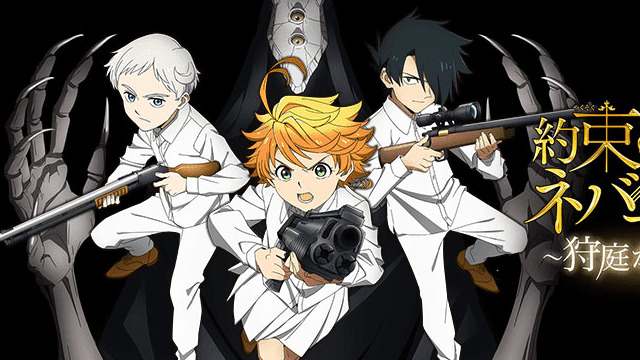 CyberAgent announced that The Promised Neverland Escape from the Garden will arrive on Android and iOS devices in Spring 2021. A teaser website has been opened for the upcoming app game, alongside information regarding various pre-registration rewards. [Thanks, 4Gamer!]

These rewards include in-game currency which will allow for players to roll on banners. Naturally, players will be able to acquire new characters through these banners. If a total of 63,194 users pre-register for The Promised Neverland Escape from the Garden, 3,000 gems will be distributed upon release.

The upcoming asymmetrical game will force four players to cooperate as they attempt to escape from the garden. Players can use various items, including weapons, to achieve objectives and escape. More information about this upcoming smartphone title will be revealed at a later date.

The Promise Neverland is set to appear in Identity V as part of a crossover event. Players can receive unique The Promised Neverland skins for various characters in the asymmetrical horror title. This includes Emma, Norman, Ray, and Isabella. These skins with only be available for players to obtain for a limited time.

The Promised Neverland Escape from the Garden will arrive on Android and iOS devices to Japanese audiences in Spring 2021.