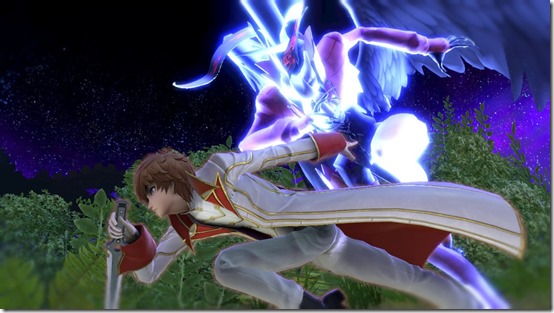 The first Super Smash Bros. Ultimate DLC character is here, and it has set some standards. With Joker, we have a character that embodies the spirit of the character. But, his add-on does more than provide an interesting fighter for the roster. It includes new music and Spirits. A standard has been set, and it is one that does Persona 5 justice.

To start, Joker is a character where people might find themselves looking for the perfect opportunities. His grappling hook is a good example. It can be an effective way to save him from falling off of the stage or to bridge the distance between him and an opponent. The range is limited, however, and you really need to know its reach before you start taking risks. In his normal state, his gun isn’t incredibly powerful, but it can go through enemies, hitting multiple people, and you can hold down the button for additional shots. The light death damage attack from Persona 5, Eiha, appears as a ranged spell for his standard form. Most importantly, you can press down to fill the Rebellion Gauge. 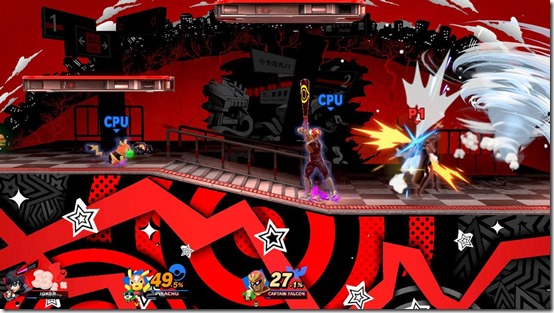 Like Cloud, Joker has a gauge constantly building. If you use his down special or take damage, the Rebellion Gauge fills. This is a way of getting an opportunity to bring Arsene, his Persona, in. Once the gauge is full, Arsene is summoned and the gauge starts ticking down. Since two characters are attacking at once, damage is increased for standard attacks. His specials all change to take the extra power into account. The gun attack has three bullets at once. Eiha becomes Eigaon, an AOE death spell that is incredibly great to use if your opponent is at 90% or higher, as it might just knock them out. Instead of charging with the down special, you use the magic repelling Makarakarn and physical attack repelling Tetrakarn from Persona, which lets Joker counter and defend.

Seeing these spells and skills implemented is an extraordinary thing, primarily because they all function so well in Super Smash Bros. Ultimate. Performing a taunt can have Morgana show up to pose with Joker. (That is, if there are four or fewer people on the stage.) His projectiles are the death spell attacks that appeared in the first entry and Persona 5. His counters in Rebellion mode are the result of spells from those games being in effect. Using his Final Smash brings on an All-Out Attack like the one that can occur if all enemies are downed in Persona. Ann, Morgana, and Ryuji or Haru, Makoto, and Yusuke could appear to attack with him. Even the finish screens are callbacks to the end of battle scenes from Persona 5. The ambiance is perfect. (All it would have needed to be truly authentic is to maybe have Morgana pop up before one match to tell Joker he needs to go to bed and sleep, rather than participate in the match.)

The special Spirits included make it even better. Each DLC character gets a special Spirit Board section where you can acquire ones inspired by their respective series. So with Joker, 11 Spirits can be acquired from here. Each of the battles for them is designed to feel like you are fighting that member of the Phantom Thieves. Let’s use Morgana as an example. His match is a fight against Pikachu initially. Since Morgana is known for using Garu (wind) spells in the game, there is a heavy wind hazard. After a brief period of time, Incineroar appears to represent Zorro, his Persona. Haru is known for gardening, and so the female Villager represents her in her fight. Lots of garden-related items in a Item Tidal Wave appear during her fight. Also, Daisy shows up to represent Milady, Haru’s persona. Ann’s fight involves Fire Flowers, since she is an Agi user, has Zero Suit Samus as her, and brings in Peach as Carmen. Also, all of the “personas” can be giant-sized, representing how they are larger than life. 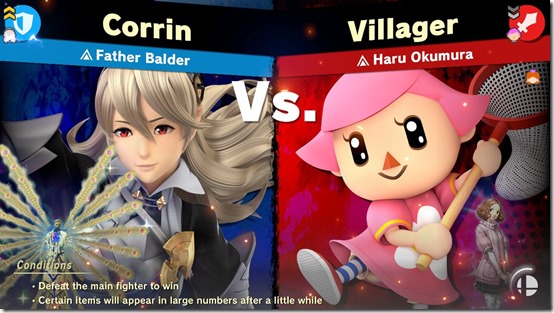 The Joker DLC also brings some music that does a great job of representing the Persona series as a whole. Ten songs appear, with five from Persona 5, three from Persona 4, and two from Persona 3. For example, “Last Surprise” is one of the Persona 5 songs. This is a battle theme, which is perfect for Super Smash Bros. Ultimate. Likewise, “Rivers in the Desert,” the boss theme, is fitting. “Wake Up, Get Up, Get Out There” is also essential, seeing how it is Persona 5‘s opening theme. As for Persona 3 and 4, battle themes like “Battle Hymn of the Soul,” “Reach Out to the Truth,” “Time to Make History,” and “Mass Destruction” just fit. Though, I suppose you could call the included “I’ll Face Myself” a battle theme technically, since it appears after someone accepted their persona in Persona 4.

It is great to see how many things in the Super Smash Bros Ultimate Persona DLC makes sense. There are so many callbacks to not only Persona 5, but the series as a whole. Joker works well as a fighter, with his Persona integrated in a way that makes sense for this genre and pays tribute to the way he worked in the RPG. The Spirit fights are a lot of fun, doing their best to represent the other Phantom Thieves. Also, the music selection is top notch, while still drawing from battle themes you would expect to hear during massive fights. All in all, it’s an incredibly detailed add-on.

Super Smash Bros. Ultimate is available for the Nintendo Switch. The Joker DLC is now available.