Puzzle & Dragons Z, the Nintendo 3DS version of GungHo Online Entertainment’s money printing smartphone game, has some changes. The 3DS game will play more like a RPG and the enemies look more animated. Slimes move to attack now instead of flashing on the screen.

The core gameplay where you match gems to activate monsters in your party is the same – except for one new move. The Z Drop is a new attack made for Puzzle & Dragons Z. If you erase a gem that lights up by matching it on the board you’ll do heavy damage. This is one tactic you can use to defeat formidable foes.

Puzzle & Dragons Z will be released later this year. 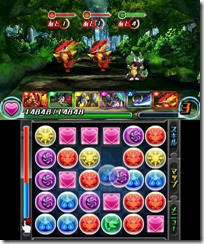 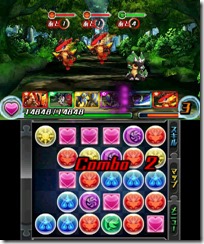 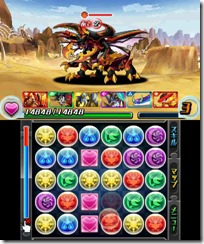 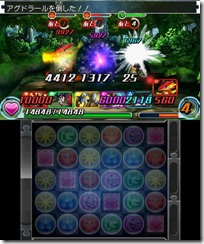 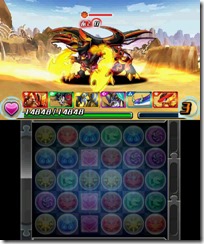