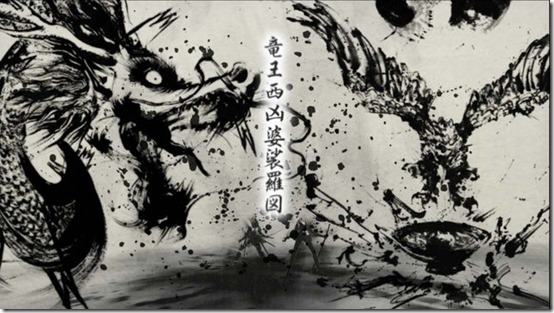 In our earlier report, we mentioned how Sengoku Basara 4 producer Hiroyuki Kobayashi along with director Makoto Yamamoto spoke of the upcoming game’s characters and the theme being “Sengoku Genesis,” which marks the transition  of a new era from the Muromachi period  to the Sengoku period. Now, Capcom have updated with new details surrounding the key characters behind the changing era. 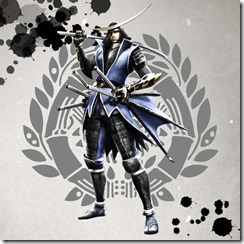 The young and charismatic leader of the Date army. He is a cool-guy character who knows how to speak foreign words just as well as wielding six katanas in combat. He aims to unify Japan during the start of a war-torn and chaotic era. 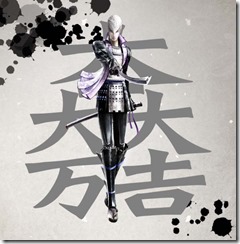 Mitsunari Ishida is a young military commander of , who almost considers Lord Toyotomi Hideyoshi a god and gives it his all to help the Toyotomi army. Mitsunari believes that anyone aside from Toyotomi doesn’t matter, and often shows an attitude of disregard towards everyone else, which often gets him in trouble. 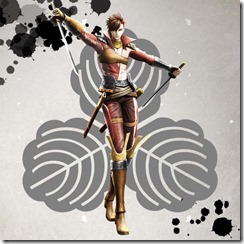 Sakon is the young captain of the Toyotomi army who follows the steps of Mitsunari Ishida. He’s a cheerful young man who loves gambling more than anything. He may be a rather frivolous character in terms looks and personality, but he’s actually very light on his feet and contributes in combat with his acrobatic combat style. He looks up to his master Mitsunari, to whom he shows much loyalty. 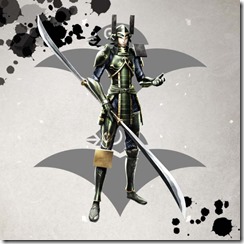 Katsuie is the young vanguard of the Oda army who was once part of a rebellion that ended in failure. He is currently living the life of one who has thrown everything away, and is hardly even noticed by Lord Oda Nobunaga himself. 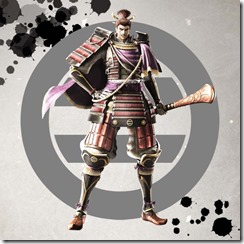 A genius who was once the king of the Muromachi Shogunate. During the times of the 13th Ashikaga generation, Ashikaga felt that Japan had lost its vigor, and he made it his goal to bring back the livelihood of the people.

In order to create a world where everyone will give it their all to aim for the top, Ashikaga puts his position as a shogun in full motion. He is the man behind the “Sengoku Genesis,” which starts with an era from scratch. Ashikaga’s weapon of choice is the scepter.

Sengoku Basara 4 is slated for release in early 2014 for PlayStation 3.