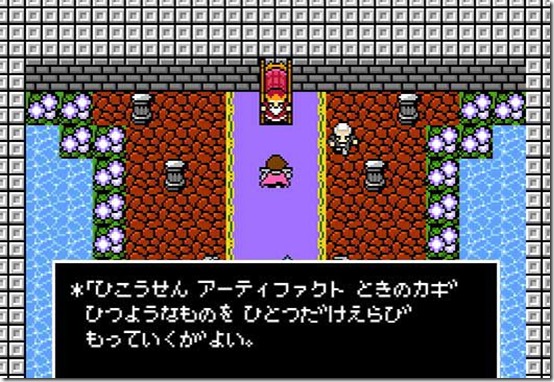 It’s been a couple years since localization firm Active Gaming Media launched an indie game funding, localization and publishing service called Playism. One of the games on there is the RPG-styled Artifact Adventure, which is a spitting image of Enix’s earlier Dragon Quest games.

While Artifact Adventure might look exactly like an older Dragon Quest game, it’s actually considered a “retro-style free scenario RPG”. You start the game by creating your character and picking one of the six available class-types.

Next, you’ll be making a choice that will have a huge impact on the rest of the game, by choosing between having the airship that allows you to freely fly around the world, or the “Artifact” which grants you a special ability which can only be acquired at the start.

Once you make your selection, the adventure begins. The gameplay is similar to older RPGs, but Artifact Adventure has a wide range of quests, which can change the outcome of the story according to the choices made by the player. Furthermore, there are over 70 scenes and more than 100 endings to boot, so that might make things a little tough to find the game’s true ending.

Artifact Adventure is currently available for PC through Playism for 1,050 yen.