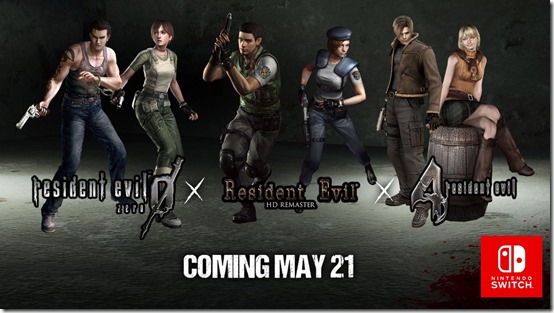 Capcom has revealed the release dates for three Resident Evil Nintendo Switch ports. On May 21, 2019, people will be able to pick up Resident Evil 0, Resident Evil HD Remaster, and Resident Evil 4. The official Twitter account noted all three will appear in the eShop on that day, though preorders will open on February 28, 2019.

Additional details were revealed about the distribution methods for the game. For example, in North America, a Resident Evil Origins collection will appear in stores. The follow-up tweet noted that it will contain Resident Evil 0 and Resident Evil HD Remaster. In Europe, all three games will be sold separately digitally.