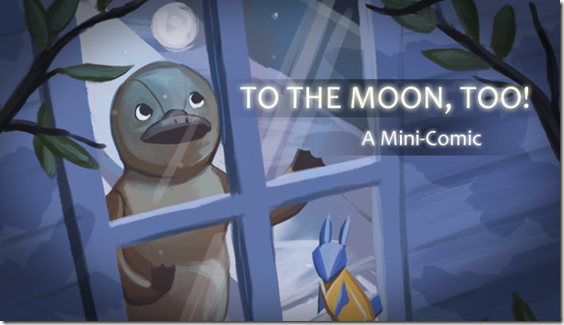 Kan Gao has released a new mini-comic called “To The Moon, too!” as a bonus package for his game To The Moon. It’s available on Steam for $0.99.

“It’s a lighthearted adventure that follows the platypus and paper rabbit as they attempt to reunite with their owners,” Gao says. By purchasing the comic, you also get wallpapers and HD audio files of the To The Moon and A Bird Story themes. Plus, you a $2 Paypal rebate towards the To the Moon music boxes and comic prints over on Big Cartel. 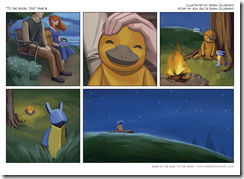 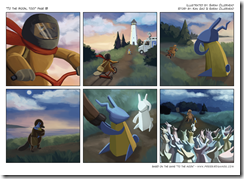 As well the full-sized package on Steam, To The Moon, too! is available to view its web-sized form on Gao’s website. However, he adds that buying the deluxe version on Steam helps to support the completed project, for which he hired artist Sarah N. Ollerhead for four months.