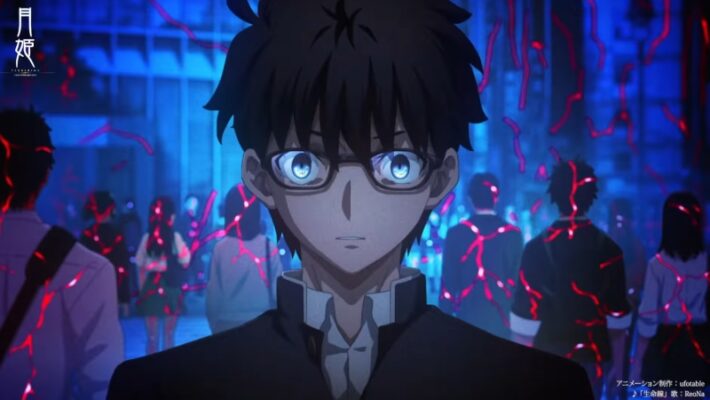 To celebrate the game’s release, Type Moon Games has uploaded the full Tsukihime Remake opening animation to its official YouTube channel. It was originally revealed in December 2020 as part of the teaser trailer for Tsukihime – A Piece of Blue Glass Moon –, but is now available as a standalone video.

The Tsukihime Remake opening focuses on protagonist Shiki Tohno and Arcueid Brunestud, the headline heroine and leading character of the game’s first route. Though much of the time is spent demonstrating Shiki’s Mystic Eyes of Death Perception and Arcueid’s fighting prowess, it also highlights other side characters, such as Shiki’s classmates Satsuki Yumizuka and Akihiro Inui. Other heroines, like Akiha, Shiki’s sister, and twin maids Kohaku and Hisui also appear. It also shows Ciel, the bespectacled heroine of the game’s second route. At the time of release Tsukihime Remake only contains the “Near Side” routes of Arcueid and Ciel. The “Far Side” routes of characters like Akiha, Kohaku, and Hisui are in development, though the manner and timing of their release is unconfirmed.

The animation was produced by anime studio Ufotable. Ufotable is a longtime Type-Moon collaborator, and is responsible for the animated adaptations of many Type-Moon works, including Fate/Stay Night: Heaven’s Feel, Fate/Zero, and The Garden of Sinners. It also produced the God Eater anime adaptation, as well as Demon Slayer. The Demon Slayer: Mugen Train feature film broke global records for anime box office earnings.

The Tsukihime Remake opening also came with a new theme song, titled “Lifeline” (“Seimeisen”), performed by vocalist ReoNa. ReoNa also performed theme songs for the Sword Art Online Alicization: War of Underworld anime series, and the Sword Art Online Alicization Lycoris game, where she appeared as a playable character. On September 1, 2021, ReoNa will also release a Tsukihime: A Piece of Blue Glass Moon Theme Song EP record, which contains four songs (“Lifeline” included) and their instrumental tracks. Check out a preview of all four songs below.

Tsukihime Remake is available on the Nintendo Switch and PlayStation 4 in Japan. Melty Blood: Type Lumina, a fighting game featuring Tsukihime characters as they appear in Remake, will release worldwide on September 30, 2021 for Switch, PlayStation 4, Xbox One, and PC via Steam.