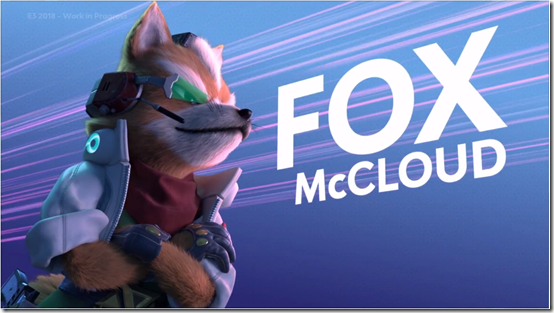 Starlink Producer Matthew Rose recently sat down for an interview with Okay Cool, where he talked about how the team were so excited about the possibility of the Star Fox collaboration that they started drawing concepts and making 3D-printed objects before the collab was even green-lit. (Thanks, Nintendo Everything!)

Matthew Rose, Producer: “So we always thought “maybe, maybe they’ll be interested. Maybe this is something we can do” and so we started right away, because we were like “we’re so excited by even them having this conversation with us, even though they hadn’t confirmed anything.” And so we started working. We started drawing concepts, we made a 3D-printed Arwing that had their proper connectors and toys in it so that you could take it apart and everything.”

Later on, Rose also added this:

“So we just started working, but we were a little cautious. We didn’t want to dedicate all of our resources to it, and then we got the invitation. To “hey, do you guys want to come to Kyoto?” And it was like a week before… we to go, we had the meeting. They were like “We’ve got a slot, it’s in a week.” It’s on. And we were like “woah, woah, woah, woah, okay.” Fortunately, we had started work before we were really… confirmed anything. So we scrambled to put together this pitch and pull everything together and, for instance, we had this 3D-printed Arwing, but we didn’t have time to paint it properly – to like “pro paint” it. Because, you know, if you’ve gotta do it, you gotta do it right – especially for Nintendo.

And so, but 3D-printed plastic it was like beige. It looked kind of ugly, so we spray painted it this kind of really neutral grey colour. It was a nice finish though. It was this nice, you can imagine, you know, it was almost like you’d see an untextured 3D model in a game, and so we spray painted it grey and brought it over, and had the concept art of the pilots and things, and so we went to present and it was just this crazy surprise to have the whole Star Fox team there that we weren’t expecting at all and Mr. Miyamoto. And uh… yeah… pretty amazing.”

You can read the full interview here.