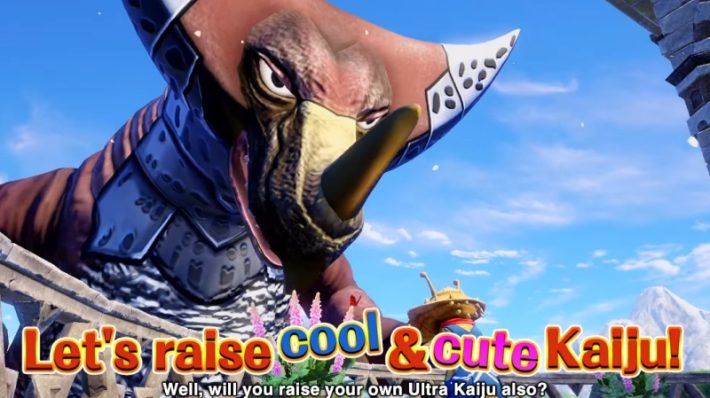 What is life like as a caretaker for the most dangerous kaiju of the Ultraman franchise? If the latest trailer for Ultra Kaiju Monster Rancher is anything to go by, it’s rather idyllic. A trailer showcased by Bandai Namco during the 2022 Tokyo Game Show.

The trailer lays out the basics and structure of the game for fans unfamiliar with Monster Rancher, featuring the life and times of one “Gomotaro”.

Players begin their life as a Monster Breeder on the island of Latour, where the Ultra Kaiju reside. Players will first need to find an Ultra Kaiju to take care of. They’ll do so through the Nintendo Switch’s NFC functionality. They can also search a music database for song names, or use Ultra Dimension Cards with special UMF codes printed on them. As in Monster Rancher, the input data will determine the type of Ultra Kaiju Monster Rancher Kaiju summoned. In this case, the demo summons Gomora. Players can rename their summoned Kaiju, and check out the stats of a summoned Kaiju in the compendium. Already-discovered Kaiju can be summoned straight from the compendium, to save time or facilitate easy fusion.

Players will need to raise their Kaiju’s parameters through training, and take them into town for supplies. You can feed them cookies to teach them new abilities or traits. Then you can use them in battle against other Kaiju, and also take on cooperative training. Kaiju can be stressed, and go berserk when they hit a breaking point. Berserk Kaiju can attack the ranch itself, causing damage. When a Kaiju has outlived its usefulness, it can be combined with another Kaiju to inherit abilities and grow stronger still. Players can also duel friends’ Kaiju in an asymmetrical battle mode.

Ultra Kaiju Monster Rancher launches on October 20, 2022 on the Nintendo. Early purchases will receive the Sevenger Giant of Light Skin for Sevenger and the Science Party Mocchi Kaiju. Early purchases of the physical edition of the game also include two Ultra Dimension Cards with codes to unlock Gomora Red King and Eleking Gomora.