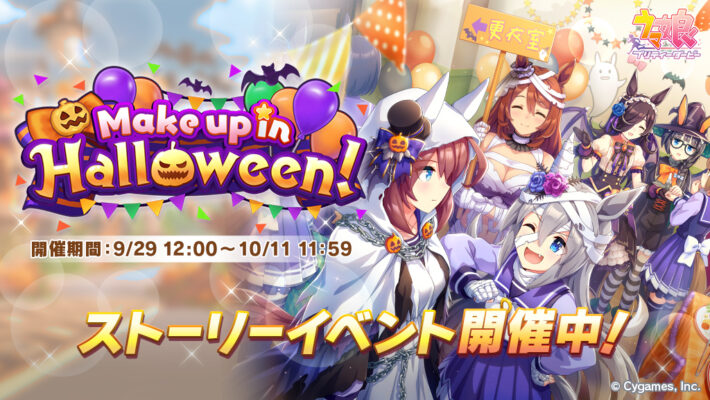 Cygames is hosting a “Make up in Halloween” event in Uma Musume Pretty Derby, in which players can unlock special support cards and characters dressed as Halloween-themed monsters. The event will run from September 29, 2021, to October 11, 2021, and feature two new 3-star horse girls and two support cards. Additionally, Cygames is also releasing the first four episodes of Super Creek and Rice Shower for free during the event.

During the event, the Pretty Derby gacha will have increased rates for “Make up Vampire!” Rice Shower and “Chiffon Ribbon Mummy” Super Creek, both of which are 3-star horse girls. As the names suggest, both characters are dressed up as a vampire and mummy. If they acquire certain horse girls, players will also receive a bonus of 90 pieces for both Super Creek and Rice Shower.

You can get a better look at some of the characters and support cards in the screenshot below: 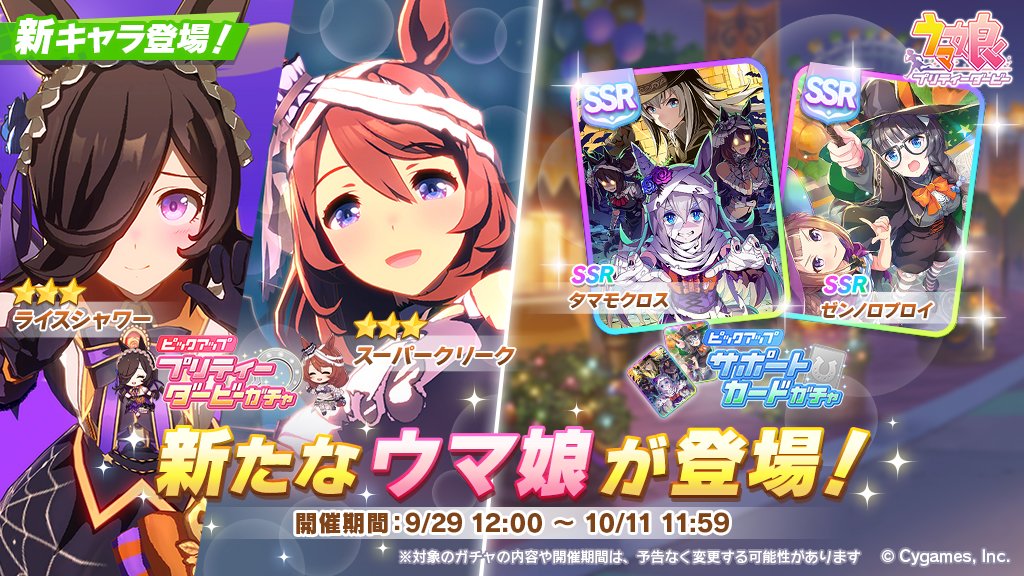 Cygames announced last week that Uma Musume Pretty Derby reached over 10 million downloads, despite only releasing in Japan. The franchise has also expanded to other forms of media as well, with the Uma Musume Cinderella Gray manga recently reaching a total of 1.5 million copies sold.

Uma Musume: Pretty Derby is currently available in Japan on mobile devices and Windows PC. An English localization and release of the game are currently unannounced.