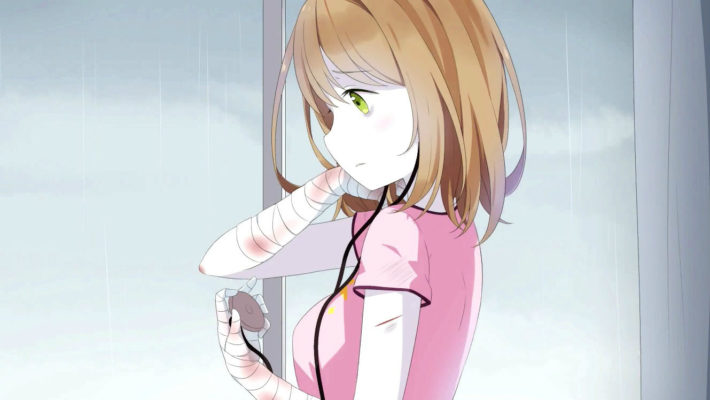 An indie game long in development has finally arrived. Undead Darlings: No Cure for Love rose from the dead in time to be a Halloween-window game for the Nintendo Switch and PC. And, for people who have been following it, it promises what developer Mr. Tired promised. It is a dating sim with zombified heroines and dungeon-crawling, turn-based RPG elements. The thing is, it constantly feels like one side of the game is carrying the other.

Undead Darlings takes place after an apocalypse and, like zombie staples 28 Days Later and The Walking Dead, features a hero who woke up from a comatose state. Except here, Reggie Happenstahnce’s scientist father drugged him and left him with his newly zombified next door neighbor and childhood friend, Pearl, watching over him. Reggie’s dad was working on a cure, but took off with Pearl’s dad, and now it falls to Reggie, Pearl, and a whole eventual harem of undead young women who retained their sense of selves to explore monster-invested versions of once safe spaces to eventually find the medicine that could restore the heroines. 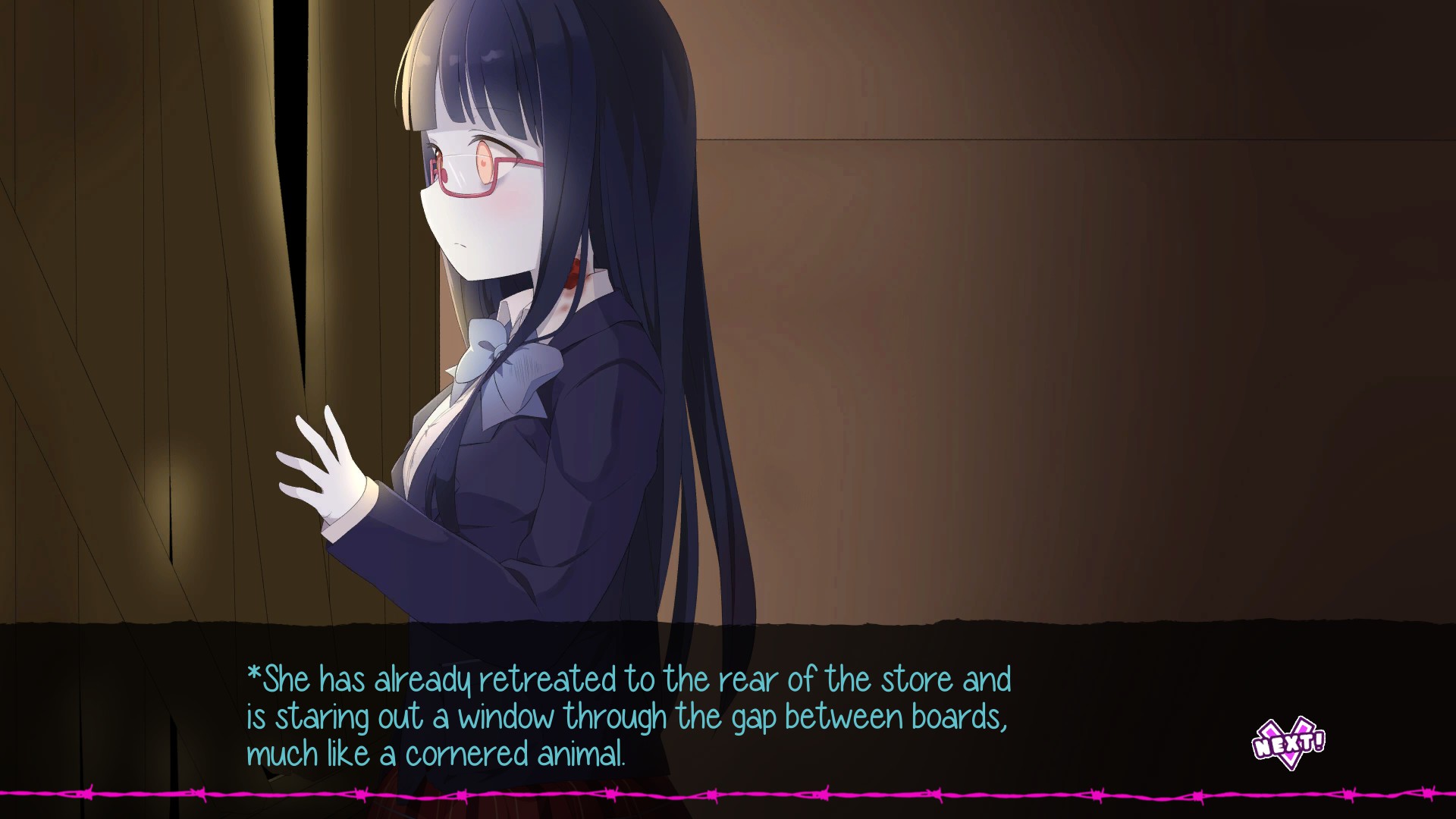 At its core, Undead Darlings is part visual novel with dating sim elements and part RPG. It’s the adventure portion that’s most enticing. Primarily because the heroines are pretty likeable. They aren’t all fawning over Reggie. (Though there is an obvious attraction between some characters and him and Pearl is very obviously seeing herself as someone special to him.) But each one does have a sense of personality that can go a little bit beyond something like Cici being the “pretty” and “flighty” one or Jordan being the tsundere tomboy.

This especially comes out with their more notable injuries. Each of the undead heroines’ designs has a certain flaw that really stands out, showing something is wrong with her. Kairi’s left eye is very obviously impaired. But it seems like her vision in general was damaged, since she mentions it being hazy unless it is night time. Jordan has a head injury that’s severely damaged her short-term and even sometimes long-term memory. (The latter helps act as a whole reason for having to spend time exploring the Podunk Precinct police station.) 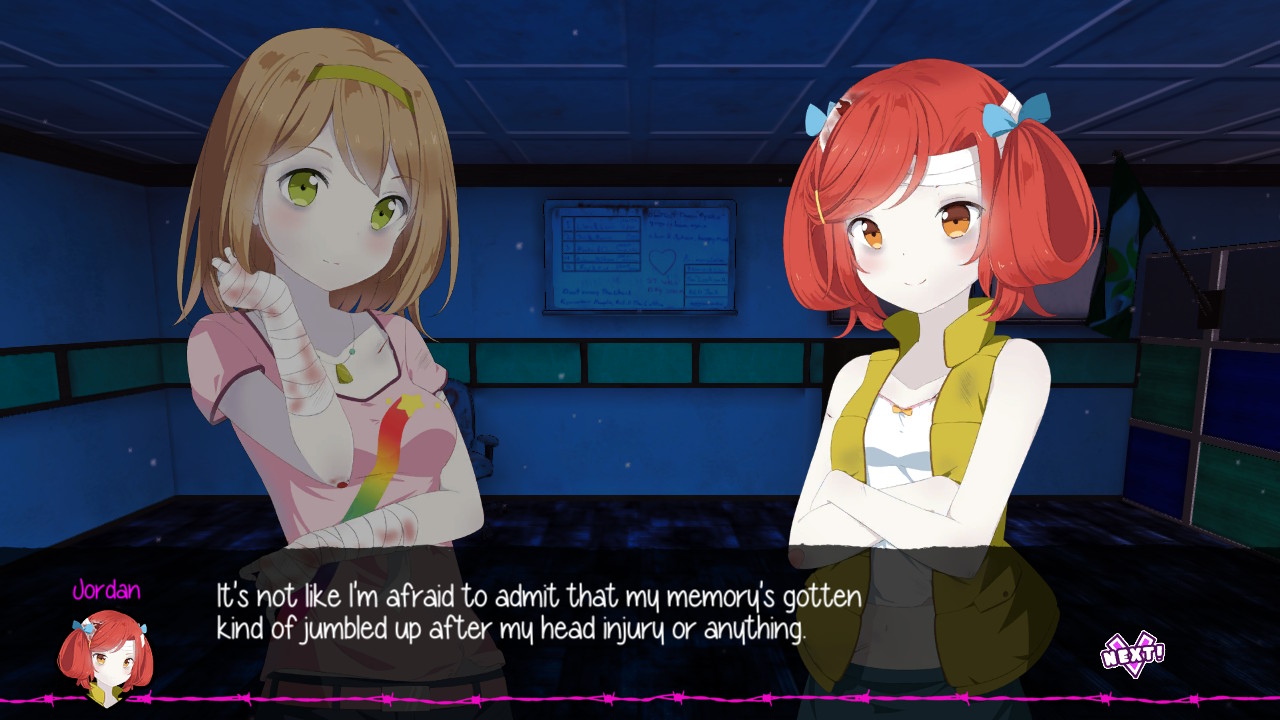 What’s also fun is the opportunity to see subevents. These are optional story segments you can run across in a dungeon and involve certain characters. You’ll have a list on the side as you travel, showing the name of the skit, the characters who would need to be present, and the location. Some of these are easy. Like Beastmooreland Hospital’s “Dichroma Loves Needles” subevent only needs Emily and Kairi to be around. But others can force you to play a certain way if you like characters and want to see their segment. As another example, Mailman Mall’s “Why the Gas Station?” event requires people to have a party with Pearl, Jordan, and Kairi around.

Which is good because, well, it isn’t a great first-person dungeon-crawling RPG. There’s a weapon durability system and shallow pockets (initially), which can make adventuring rather unpleasant. Yes, what I like to think of as magical, undead zombie fairies little dungeon floors with new items again, but it feels so counterintuitive to have systems where you can craft and bolster items, only to have such a limited amount of space and breakable weapons. Again, you can eventually expand with Buck, the only other human and man in the group when you head back to each dungeon’s safe space. But it’s frustrating nonetheless. 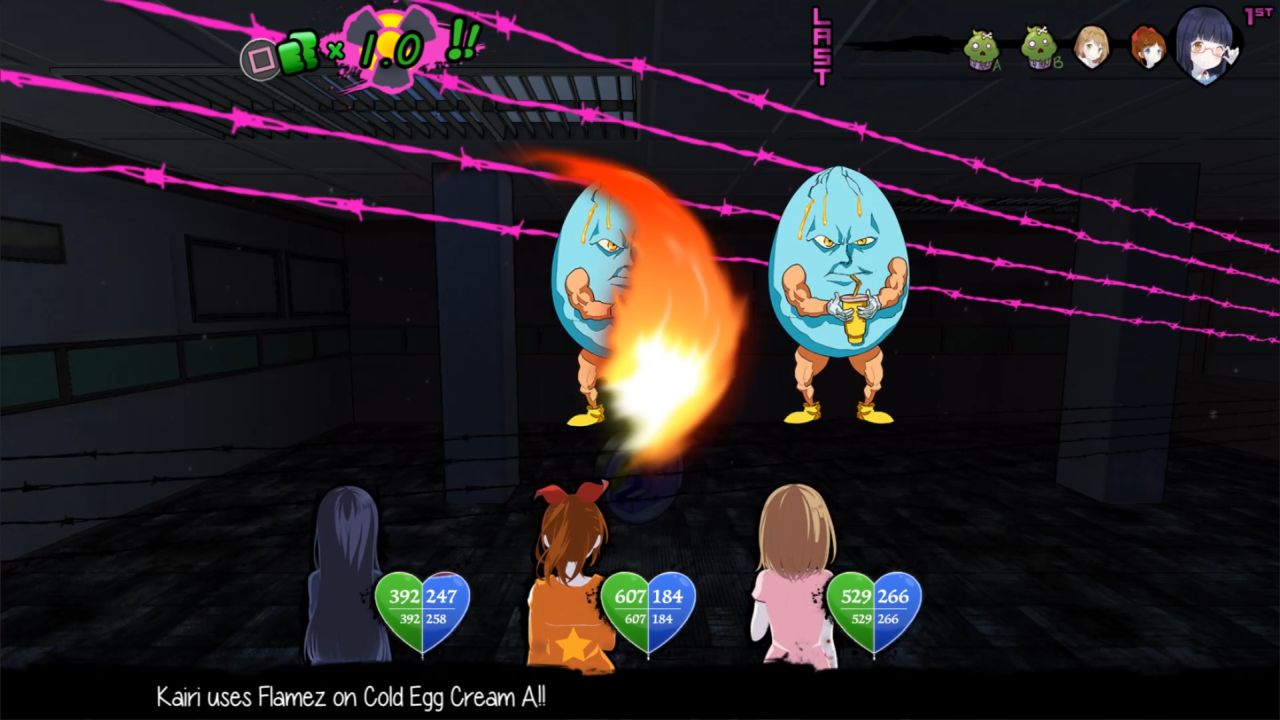 If that was the only issue with RPG portion of Undead Darlings, it would make it so much easier to enjoy the dating sim and visual novel sides of this. But we also have maps that felt overly long and winding to me. (Even the first police station has the sort of layout that I’d expect from a second or third dungeon, rather than an initial one.) The enemies also tend to absorb quite a bit of damage, drawing out its turn-based battles. Combine this with the weapon issue, and it makes the game feel artificially bulky. By the time I reached Beastmooreland, I felt exhausted by it all.

There are definitely some things people will probably really enjoy about Undead Darlings. It never takes itself too seriously, but at the same time it does hint at the more serious ramifications of being a person in a body that can’t heal or the unexpected downsides of civilization breaking down. People get a quite a few opportunities to socialize with its heroines, especially with the optional subevents. For me, it got to a point where I was really playing to have those story segments, and the RPG and dungeon-diving portions more more of a chore to trudge through until I finally could get to talk to them again.

Mr. Tired and Sekai Project’s Undead Darlings is available on the Nintendo Switch, PlayStation 4, and PC.