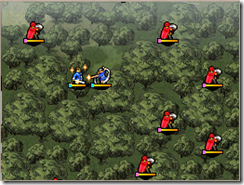 Permadeath has always been part of Fire Emblem until Fire Emblem: New Mystery of the Emblem – Hero of Light and Shadow. According to the developers and Satoru Iwata, CEO, losing characters adds a comfortable level of tension to the game.

While Fire Emblem veterans know they can (and probably have) reset a game to keep characters alive, new players may not be aware of that. So, a casual level of difficulty was created for Fire Emblem: New Mystery of the Emblem which drops permadeath.

Before creating the optional mode, Tohru Narihiro, Series Producer, mentioned the team tossed around the idea of letting players revive allies. This was mechanic was never implemented, but it was on the table as an idea to broaden the Fire Emblem userbase.