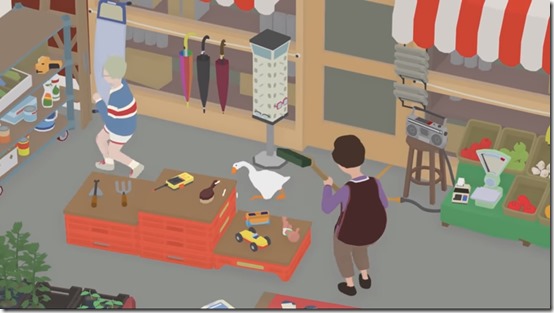 At the Nintendo Nindies Showcase Summer 2018, we received a better idea of when we would see Untitled Goose Game, an adventure game about being a jerky goose who does whatever they want. It was supposed to be released in early 2019. However, the game’s official Twitter account has announced a delay to “later 2019” due to circumstances beyond its control.

You can see the delay announcement below, which suggests the goose might have something to do with the current situation.

A bit of news: due to circumstances beyond our control — see video — our goose game will not be arriving until later in 2019. This means we’ll be able to make the best goose game possible! Thanks for your patience — we’ll get this goose to you as soon as we can. pic.twitter.com/8BqbYw0wQb

In case you missed the past trailer and want to see just how a mean goose can ruin a day in the name of its own selfish desires, here is a trailer. In each of the game’s scenarios, the goose has an agenda, which usually means making all of the humans around them miserable.

Untitled Goose Game will be coming to the Nintendo Switch and PC.