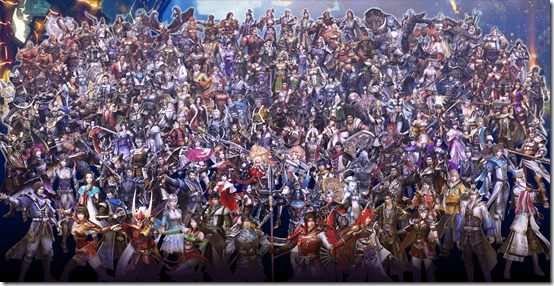 As a bonus for those who played its predecessor, “Stock EXP” will be given to players with save data for Warriors Orochi 3 and Warriors Orochi 3 Ultimate. Stock EXP is basically experience points you can give to increase your character levels in Warriors Orochi 4. The number of exp varies based on the total number of enemies you’ve defeated, but there’s a cap of 100,000.

There’s also a little something for those with save data from Dynasty Warriors 9 with the following costumes:

Here are the compatible versions and where they can get the save data from:

Keep in mind that these are bonuses that were announced for Japan so it doesn’t include any bonuses for Xbox, but we’ll likely get something similar with it included in the West.

Warriors Orochi 4 releases in Japan on September 27, 2018 for PlayStation 4 and Nintendo Switch. The game releases in North America on October 16, 2018 for PS4, Xbox One, Nintendo Switch, and PC via Steam worldwide. In case you missed it, check our previous report for trailers featuring the new characters Athena and Zeus.