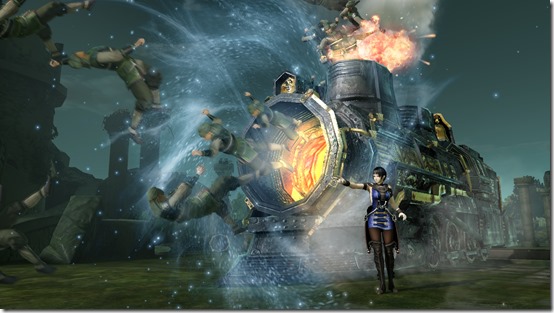 Warriors All-Stars is a massive Koei Tecmo Musou game that brings in characters from many of its series to all fight it out in one huge adventure. We’ve been seeing bits and pieces of trailers that show off some of these different characters and the clans they’re attached to. Today, we learn more about the system and the Setsuna Clan.

First, let’s look at this new group of characters. The Setsuna Clan is so named for Prince Setsuna, basically the leader. He’s accompanied by Deception’s Laegrinna and Millennia, Dead or Alive’s Honoka, Kasumi, and Marie Rose, Nights of Azure’s Arnice and Christophorus, Nobunaga’s Ambition’s Nobunaga, and Rio’s Rio.

Before you head into a Warriors All-Stars battle, you’ll take up to four allies to fight with you. Each one has Unique Hero Skills, which let you use an ally for a special ability, as well as Combo Skills to perform chain attacks. Hero Combos are especially powerful, as they both call in allies to help deal damage and improve the relationship between characters. Likewise, Musou Rushes let you have multiple characters perform a major attack against opponents. All of this work with friends increases the Brave Rating of a character, which allow the eventual use of super-powered Awakening Skills. 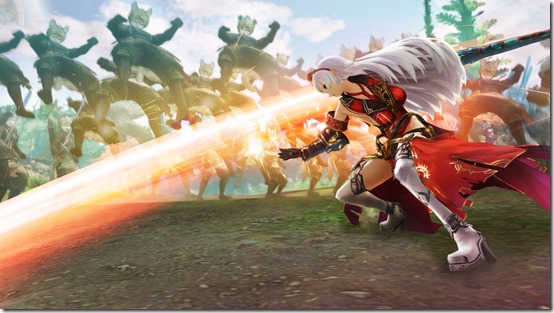 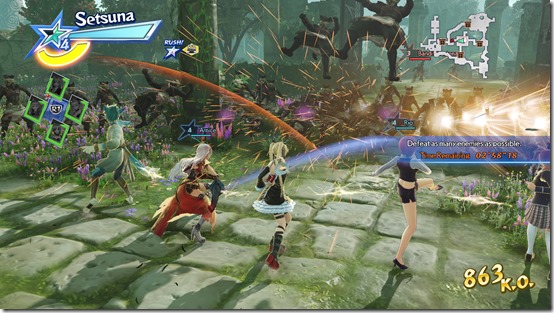 Warriors All-Stars launches in North America on August 29, 2017 and Europe on September 1, 2017 for PlayStation 4 and PC.