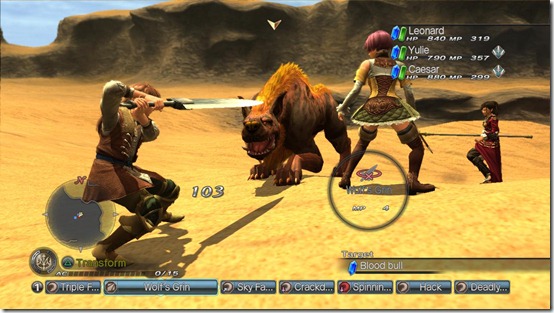 "When we were creating White Knight Chronicles II, the first thing we thought about was what form the product would take. A sequel would usually be sold as a separate package that you could buy on its own and play without the original game if you wanted," Yoshiaki Kusuda, Director at Level-5, answered in an interview with Europe’s PlayStation Blog. "However, in the case of a game like White Knight Chronicles, you also have the online gaming side which means it’s difficult to keep the sequel completely separate from the original. We considered a number of possibilities, like making an expansion that would require the original game."

"But that would limit our audience to people who had purchased the first game and wanted to play more. The number of PS3 owners has increased since the first White Knight Chronicles was released, which gives us a chance to attract new players, so we decided that including the original game on the disc was the best solution."

Kusuda also mentions his favorite RPG is Tactics Ogre, which Square Enix recently remastered for PSP under the title Tactics Ogre: Let Us Cling Together. Kusuda also says there are "no plans" for future games in the series, but also teased with "And you never know. If there’s strong support for another sequel…" Mixed messages much?