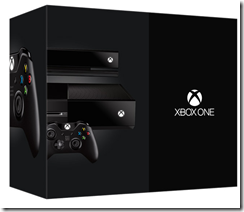 Microsoft announced the Xbox One will be available in 13 markets this November. You will be able to purchase an Xbox One in Australia, Austria, Brazil, Canada, France, Germany, Ireland, Italy, Mexico, New Zealand, Spain, United Kingdom, and the United States this year.

Belgium, Denmark, Finland, Netherlands, Norway, Russia, Sweden, and Switzerland will get the console in 2014. No details about the Xbox One launch in Japan or any other region in Asia have been announced either. The lack of a release date in Japan is one of the reasons why Tecmo Koei and other third party Japanese developers haven’t scheduled titles for the system.

Microsoft also announced that season passes for downloadable content will work with Xbox 360 and Xbox One. While you won’t have to pay for a DLC subscription twice, you will need two copies of the same game. And another 180 is Xbox One won’t require Kinect to function. Voice commands and player identification will be disabled, but you can play games on the Xbox One without Kinect if you prefer.