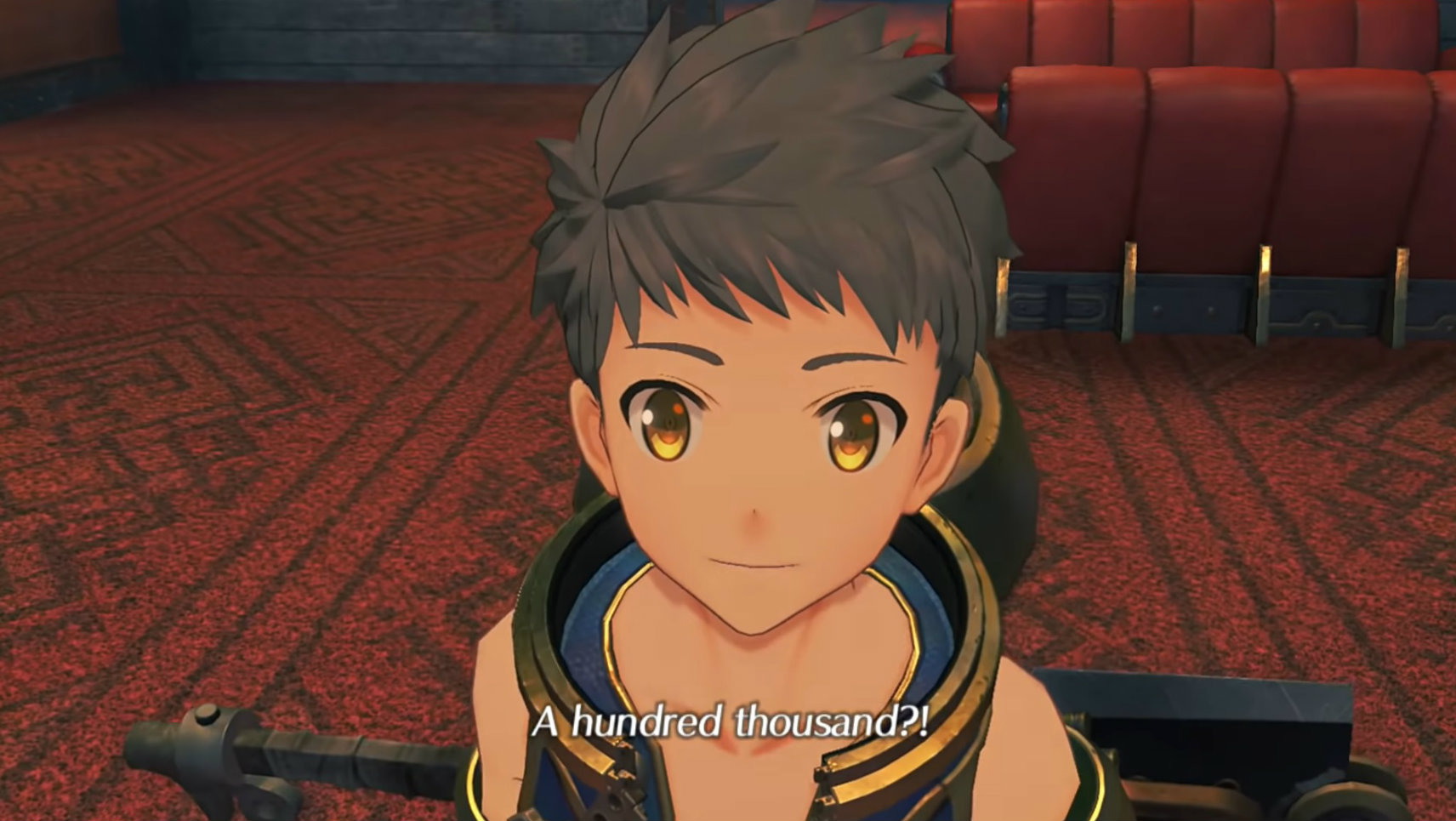 A Reddit user by the name of Hoopderscotch shared the screenshot of the moment when the reward can be collected. People have an option to collect the XC2 Player Bonus of 100,000 gold. This is the only time people will get this prompt, and they can turn down the offer if they wish.

The exact Xenoblade Chronicles Definitive Edition bonus is a reference to an amount Rex, a Xenoblade Chronicles 2 Salvager, is offered as an advance at the beginning of the game. Once he arrives at the Argentum Trade Guild, Chairman Bana, head of the guild, offers him a 100,000G advance to go to the Ancient Ship with Jin and Torna.

That’s not the only way people can get a head start in Xenoblade Chronicles: Definitive Edition. This version of the game has a Casual Mode for newcomers. It also has new character leveling options.

Xenoblade Chronicles: Definitive Edition will come to the Nintendo Switch on May 29, 2020.