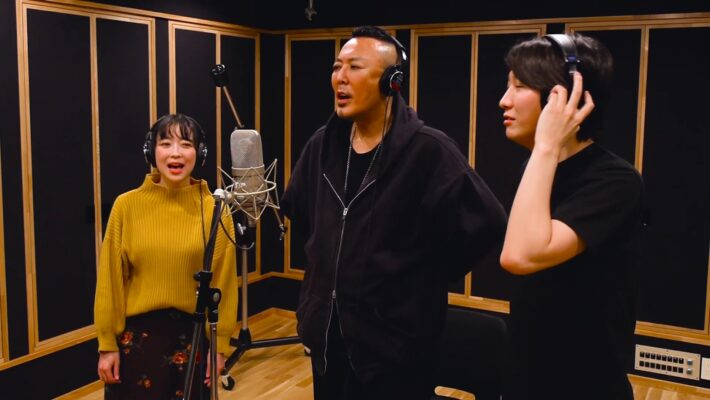 Sega revealed the official theme song for the upcoming release of Super Monkey Ball: Banana Mania, which features vocals from Yakuza series creator Toshihiro Nagoshi as well as Banana Mania producer Masao Shirosaki, among many others. The Banana Fritters sing the song. The trio consists of prominent voice actors who also voiced several characters in the Super Monkey Ball remake. [Thanks, Gamer!]

During the reveal of the official theme song, various important members of Sega appeared in the recording booth to sing along as part of the chorus. Among them were Yakuza and Super Monkey Ball creator Toshihiro Nagoshi, as well as the current series producer Masao Shirosaki and members of the development team. Additionally, the clip shows the Banana Fritters trio wearing banana costumes in the recording studio.

You can check out the official Super Monkey Ball Banana Mania theme song below (song starts at the 11:45 mark):