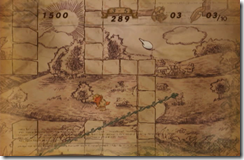 Sonic the Hedgehog creator Yuji Naka has a long history with Sega. Even after he left the company, Sega funded Prope and published their first two games on Wii. However, rival company Namco Bandai just published Ivy the Kiwi? on Wii and Nintendo DS last week.

So, why did Yuji Naka link up with Namco Bandai?

“Now, there are few companies that challenge me,” Naka said in an interview with Impress Watch. “Namco Bandai Games is a company that gives me a challenge. As a developer, I’m extremely pleased. It’s interesting to keep up with the industry.”

Ivy the Kiwi? was originally made for Windows Mobile phones. The challenge, perhaps, was adding multiplayer modes to the Nintendo DS and Wii versions. We took the Nintendo DS one for a little spin and you can read our impressions of that here.