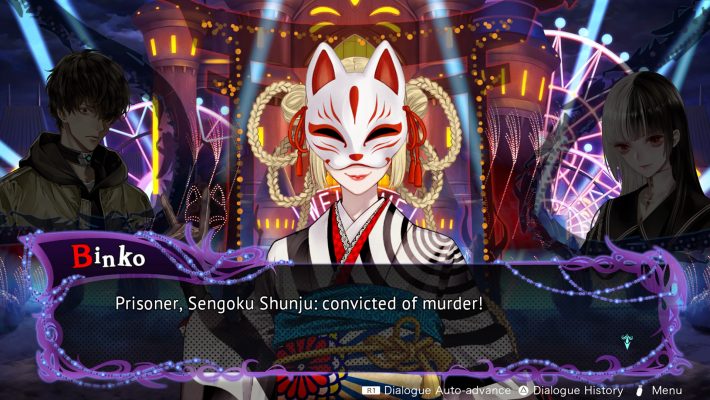 The PC version of Yurukill: The Calumnination Games will show up on Steam around the same time as the console versions. A product page update confirmed a July 8, 2022 launch date for the game.

Initially, the PC version of Yurukill didn’t have a release date shown on Steam, even though the console versions had gotten multiple. It was originally supposed to appear on consoles in June 2022. However, that got pushed back a month to ensure the overall quality of the final product.

As a reminder, the game offers a hybrid of adventure and shoot’em up gameplay. Players follow folks accused of crimes as they first investigate scenes. They also must keep their executioners from killing them during the process. Things eventually lead into the vertical-scrolling shooter segments. A demo is available on consoles, for people who want to see the introduction and follow Sengoku and Rina’s story.