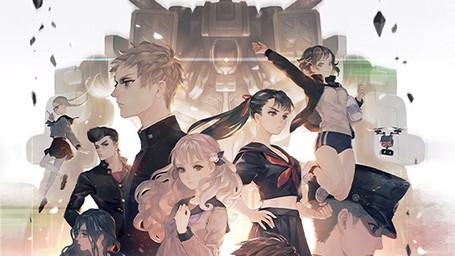 Atlus announced that there will be a 13 Sentinels: Aegis Rim art exhibit held at Los Angeles’ Gallery Nucleus to celebrate the Switch launch. It will only appear for two days. People in the area can attend for free between 5 p.m. and 8 p.m. PT each day. They can register their interest in attending on Eventbrite. However, there will also be a live stream with a giveaway at 6 p.m. PT/9 p.m. ET on April 15, 2022.

The live stream is something of a general 13 Sentinels: Aegis Rim Switch launch celebration. It will appear on Atlus’ Twitch account. An unspecified voice actor from the game will show up for the presentation. There will also be 13 OLED Switch models given away. People will also get to see the 13 new pieces of 13 Sentinels: Aegis Rim art drawn by artists for the exhibition. Prints of them will be sold at the exhibit and, if supplies remain, online starting on April 18, 2022. Gallery Nucleus also noted that there is an “edition size of 13” for each one.

Here is the full list of artists whose works will appear in the exhibit and be available as prints.

This is the second time Atlus and Gallery Nucleus hosted a 13 Sentinels: Aegis Rim art exhibit and event. One appeared for the PS4 release as well. At that time, only an online show appeared. However, there were still original pieces of art inspired by the game and prints sold.

There is also an exhibit in Japan in honor of the game. At JR Akihabara Station, people can see a Sentinel scale statue.

13 Sentinels: Aegis Rim is available on the Nintendo Switch and PlayStation 4.