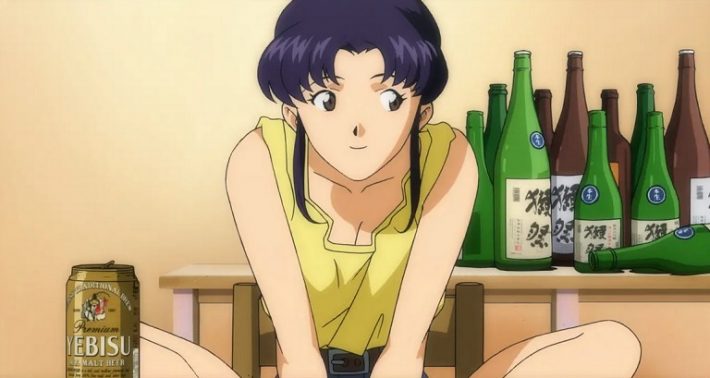 Asahi Shuzo has started to sell the 2007 version of their Dassai shochu as part of a collaboration with Evangelion. The type of bottle that Misato has in her room in Evangelion 1.0: You Are (Not) Alone is a version that is no longer obtainable. Asahi Shuzo has altered the design of their bottles since then, such as removing the blue sticker. It is available for 5035 JPY (approximately $45.35) and there are only 300 bottles available. [Thanks, Famitsu!]

The Dassai Instrumentality Project Second Impact allows customers to visit a re-creation of Misato’s room until August 31, 2021. If you purchase the Evangelion Dassai 39 Centrifuge from Misato’s room at Dassai Store Ginza, there is a set of two bottles for 9000 JPY. One bottle is the 2007 Evangelion version and the other one is the normal version that you can buy today.

Asahi Shuzo is selling Dassai Centrifuge 39 in the old 2007 bottle in collaboration with Evangelion. However, there are only 300 bottles for sale. For overseas fans who want to watch Evangelion 3.0+1.0: Thrice Upon A Time, it will debut on Amazon Prime Video from August 13, 2021 along with other Rebuild of Evangelion movies in the future.