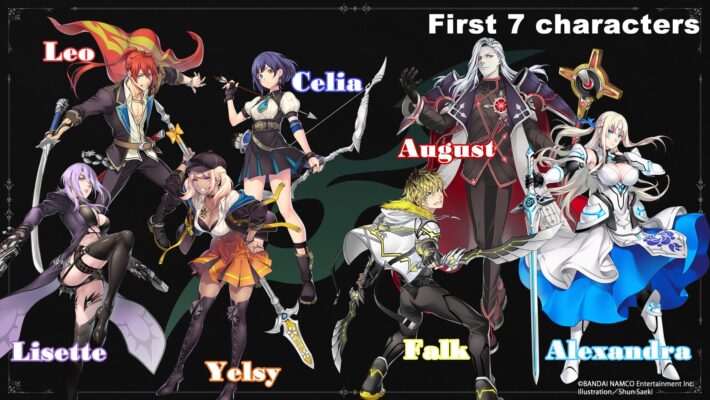 While Bandai Namco announced there will be 21 characters with stories to follow in Tales of Luminaria, not everyone will appear right away. Rather, there will be a staggered release. Seven will be in-game right away. After that, one extra person will appear every week. Alexandra, August, Celia, Falk, Leo, Lisette, and Yelsy will show up first.

Here’s the official announcement. While one new character will appear each week, Bandai Namco didn’t offer a schedule.

These are the 7 characters whose episodes are playable on launch day! Each week a new character episode will be released, so play the weekly updates to stay up on the unfolding story!#TalesOfLuminaria #TOLUMINARIA pic.twitter.com/1ITdVcyR4I

This means only two factions will be represented at launch. There are three present in-game. The Adventurers, Gildllan Empire, and Jerle Federation are all involved with the Primordial Beasts. But no Adventurers will appear immediately. Alexandra, August, and Falk are all members of the Gildllan Empire. Meanwhile, Celia, Leo, Lisette, and Yelsy all attend the Jerle Federation knight academy.

Tales of Luminaria will come to both Android and Apple iOS devices. Pre-registration is open for the free-to-play game right now.