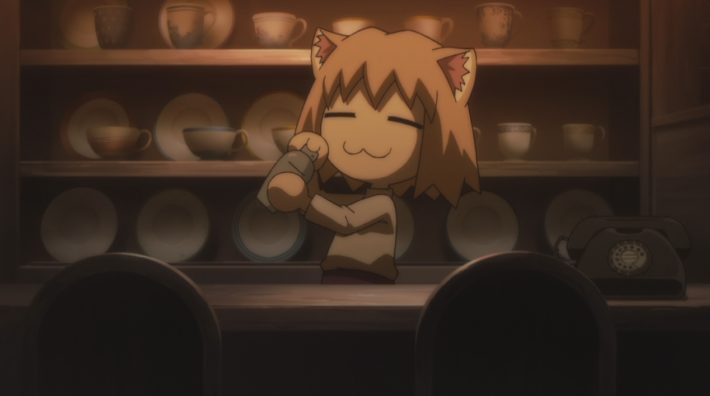 New Year’s Eve might be a time for kicking back with family and friends to ring in the next year of life, but Fate/Grand Order has other plans. Animated ones. As has become a yearly tradition for the Fate franchise (games included), a December 31, 2020 New Year’s Eve TV Special is scheduled to air. The program will include new reveals for Fate, including a new Fate/Grand Order anime short.

The tease was sent out via Tweet on December 2, 2020, and then via an update to the official website:

The anime was teased with an image of a bar and a small tuft of hair from a character crouching behind it. The sight may be familiar to fans of Fate and Tsukihime creator Type-MOON, as the background matches the decor of Ahnenerbe Café, a fictional interdimensional hangout straddling the many worlds of Type-MOON intellectual property. Run by cutesy renditions of Tsukihime characters, Ahnenerbe gained more prominence as the site of Carnival Phantasm, a comedy meta-series poking fun at Fate/Stay Night and Tsukihime and their related works. The new work, whatever it turns out to be, seems more explicitly a Fate/Grand Order anime, though. 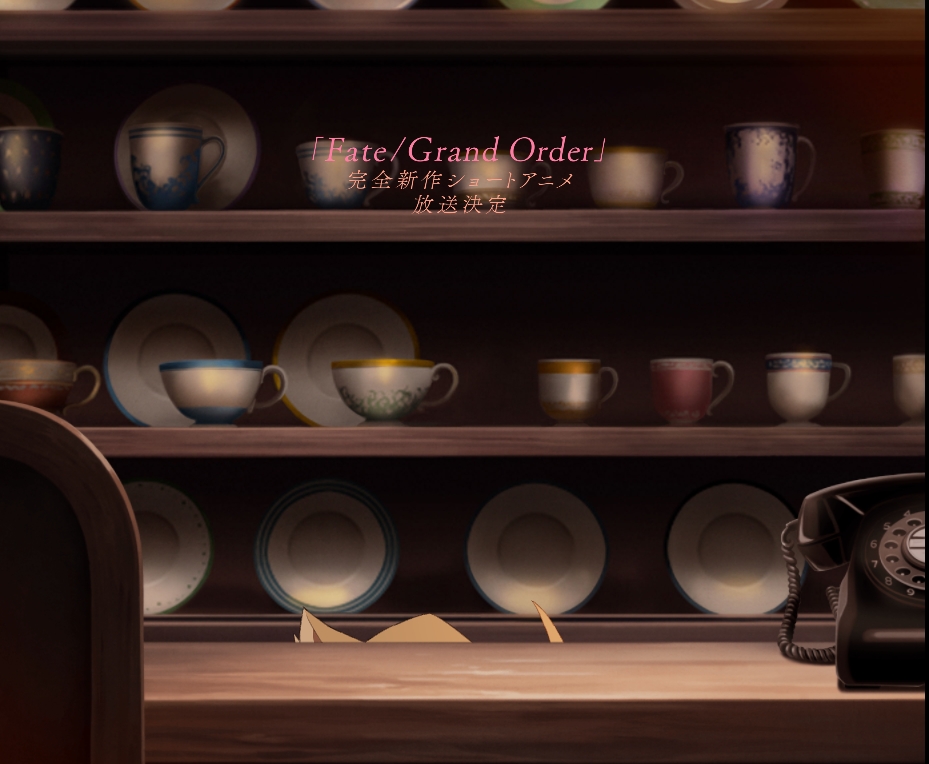 The animated shorts and one-off projects have become something of a yearly tradition for the mega-franchise. 2016 saw the Fate/Grand Order anime episode First Order, which adapted the game’s “Singularity F” prologue. 2017 added Moonlight/Lostroom, a prequel of sorts for the game’s Cosmos in the Lostbelt expansion, that later became the setting for the FGO Waltz rhythm game. 2018 debuted the largest-scale project: The first episode of The Case Files of Lord El-Melloi II, an anime series spun off from Fate/Zero and starring the detective adventures of Waver Velvet (known in Fate/Grand Order as Zhuge Liang). 2019 aired “Episode 0” of the Fate/Grand Order: Absolute Demonic Front Babylonia anime series, which told the origin story of FGO heroine Mash Kyrielight.

Those looking for more will also see new material from the first Fate/Grand Order Camelot feature film, as well as content focused on the third Fate/Stay Night: Heaven’s Feel film, the game edition of Today’s Menu for the Emiya Family (currently delayed indefinitely), and the remake of Fate/Extra.

The new anime will air on December 31st, 2020. Fate/Grand Order itself is available on iOS and Android, and its many anime projects are available on streaming services and video.