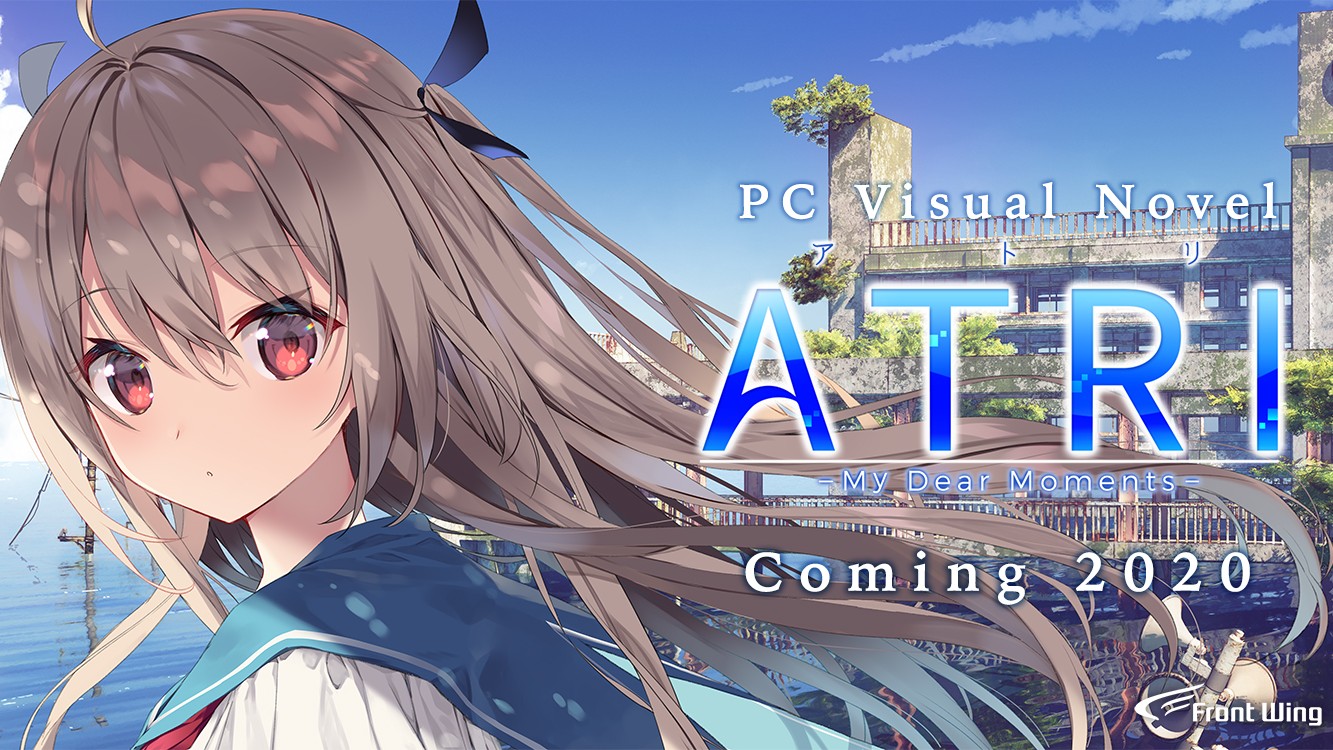 Aniplex.Exe originally launched in Japan on December 26, 2019 with the theme of “Because it’s a visual novel, it’s interesting.” However, Aniplex USA has also announced that the brand will not only be bringing people games in Japan, but that it will be a global brand.

The first title announced was ATRI -My Dear Moments-. It is currently being developed by Frontwing, the developer behind The Fruit of Grisaia and Momoiro Closet, and Makura. ATRI is a visual novel set in the near future in a world where most of humanity lives underwater, due to the unexplained rise of sea levels. The story follows Ikaruga Natsuki and robot girl Atri during summertime in a town by the rising ocean.

The second title that has been announced comes from Kindred Spirits on the Roof developer Liar-soft. Adabana Odd Tales is a visual novel set in a mysterious, illustrated world containing “flowers” that never bloom. The story will follow Shirohime, a girl who has amnesia, and a mysterious boy named Kurofude as they go through various Japanese fairy tales in the realm of Abadana.

These new titles will have full Japanese voice acting and English, Simplified Chinese, Traditional Chinese, and Japanese subtitle options. Additionally, both titles are all ages games and will be about two or three volumes long.

Both of Aniplex.Exe’s titles are scheduled to release sometime in 2020 on Steam and can currently be added to personal wishlists.