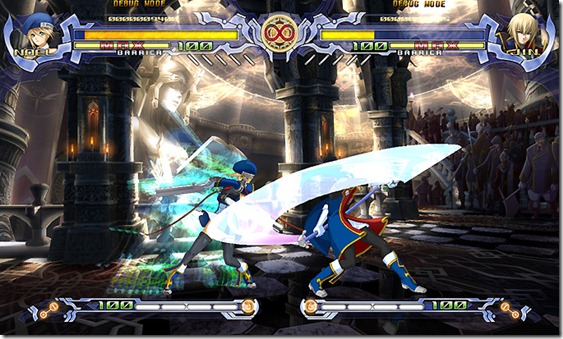 Ishiwatari says that the effect of DLC sales is “pretty large” and that it has changed Arc System Works’ approach to developing their games. In the case of fighting games, Ishiwatari says, character DLC is what fans like to see most.

He shares that he believes sales of download content for the BlazBlue games have been strongest in Japan, where over half the players that bought the game also purchased DLC for it. Ishiwatari says this is because Japan enjoys the manga-like look that is present in most of Arc System Works’ games.

Merchandise is also an important form of revenue in Japan, Ishiwatari says. Merchandise sales are the reason that Japanese developers devote time to fleshing out characters and settings, and creating content that even people who don’t play the actual games themselves would like. This, too, factors into the development process.

That said, the same strategy doesn’t work in the western markets. Fans in the west aren’t in the habit of buying merchandise, and because of this, Arc System Works are discussing creating a setting that could be equally popular all over the world. At the same time, however, the company doesn’t want to give up its Japanese roots.