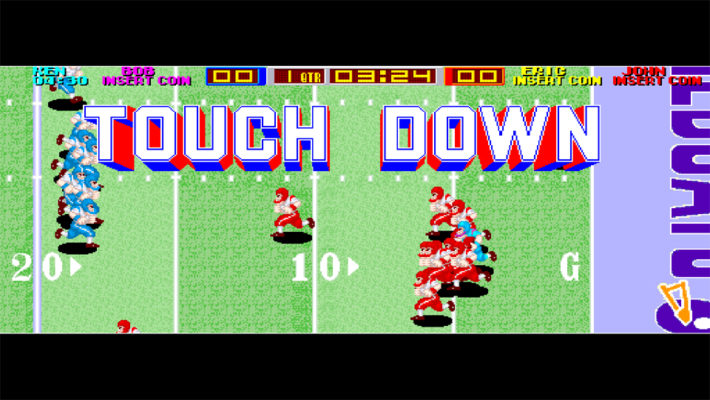 The original game was released in 1987 and used a two-screen cabinet to show more of the pitch at once. The home release on the NES was extremely popular and spawned many sequels, like Tecmo Super Bowl, after its debut. The original arcade version has been re-released on the Wii Virtual Console, mobile phones, and is finally hitting modern home consoles with this release.

Check out more screenshots below: 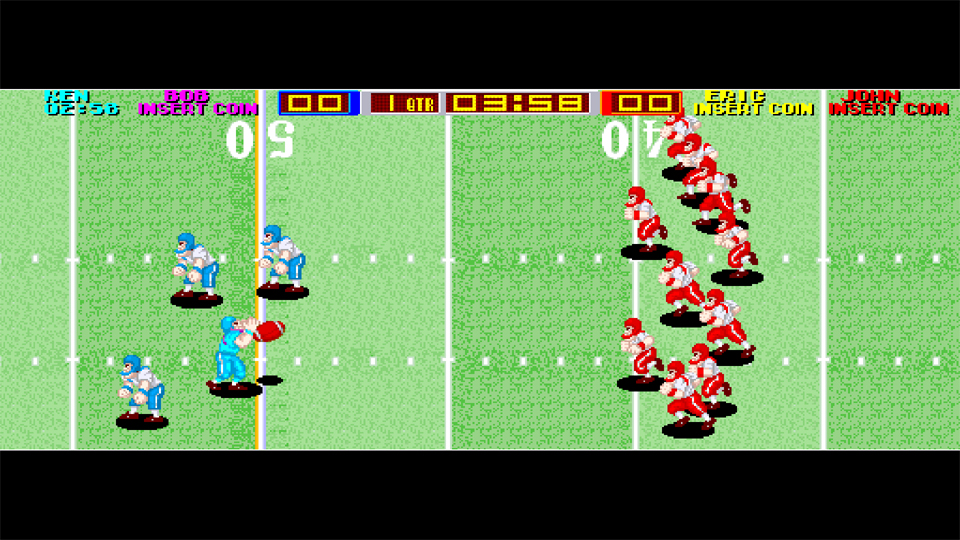 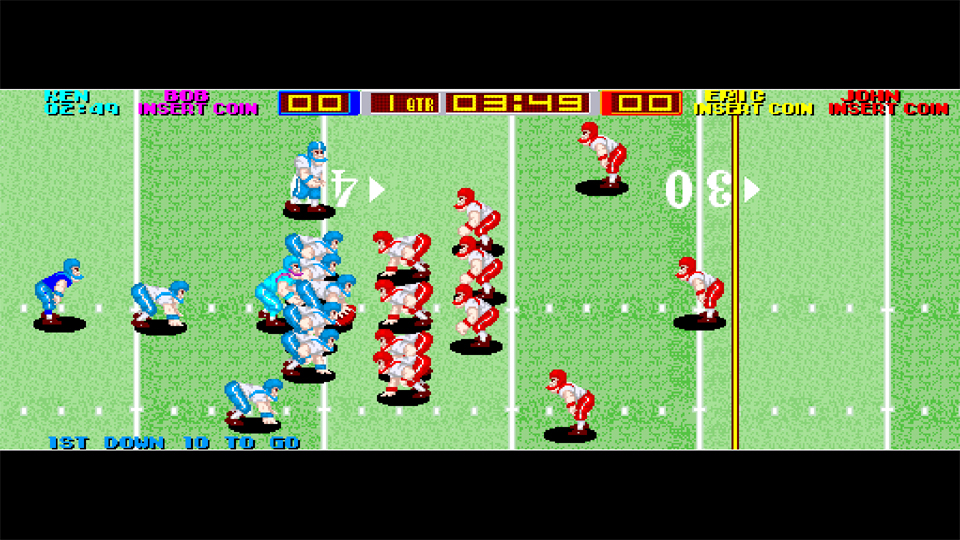 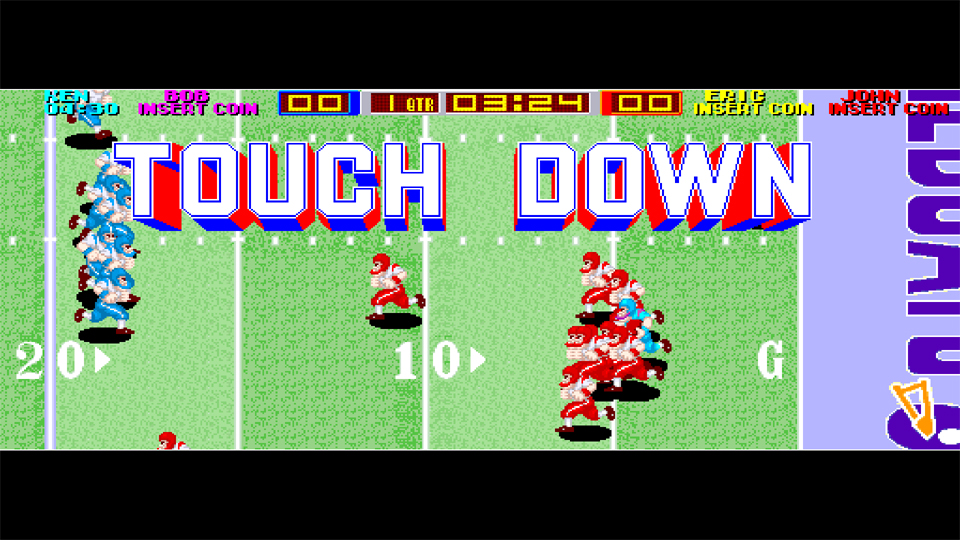 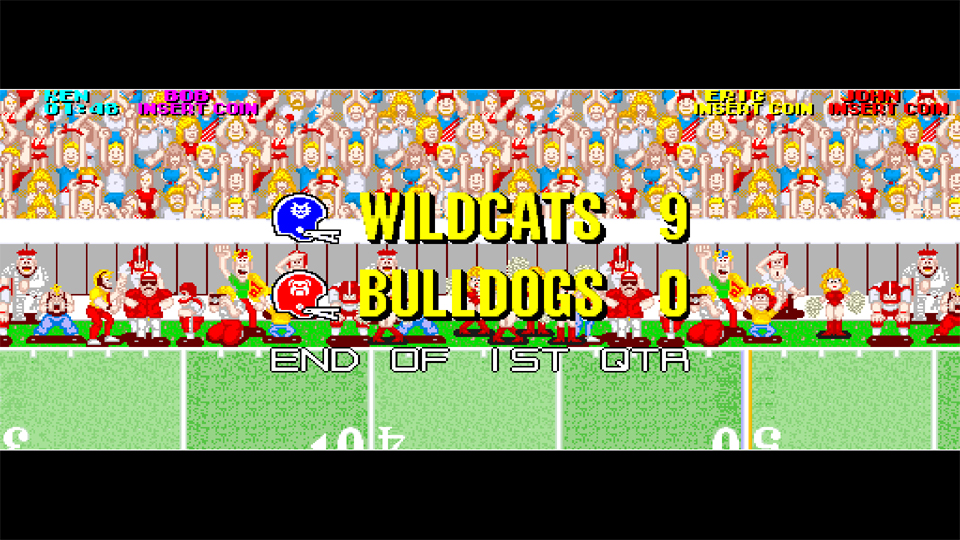 Unlike the home console version, the arcade game allows up to four players to play at once in teams of two. This feature is available in the Arcade Archives release, making for a good couch versus game against friends.