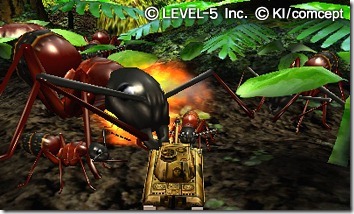 Just before they announced that they were localizing their Guild 01 collection of Nintendo 3DS games, Level 5 International America teased the announcement with a “Black Box” website. Now, they’re teasing another Black Box announcement.

“The black box is back…! Do you know what it means?” Level 5 tweeted this morning. It’s quite likely that this is a tease for Guild 02, the next compilation of games in the Guild series, slated for a Nintendo eShop release.

The games developed under the Guild 02 label are:

You can view footage of both games here. A third game, Monsters Come Out on Friday, is part of the compilation, too, but we aren’t sure if this one will make it over, since Level 5 have filed trademarks for the other two games, but not this one.