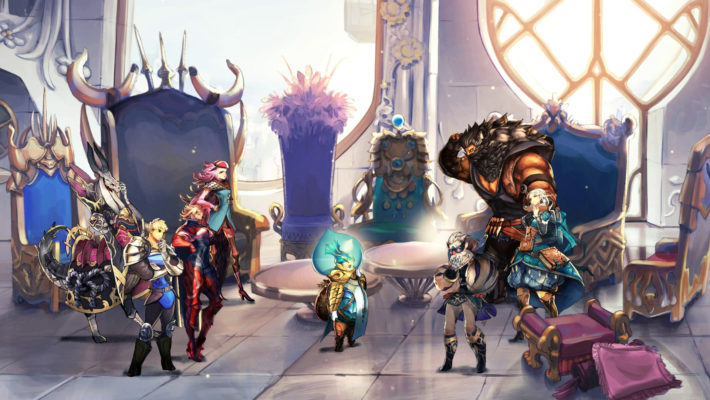 A new game with contributions from multiple people connected to the Final Fantasy series will appear worldwide in 2021. Artisan Studios and Dear Villagers are working on Astria Ascending. The RPG, which is written by Kazushige Nojima, will appear on all current generation consoles and PCs this year.

Astria Ascending is set in Orcanon and features art from CyDesignation, which was previously worked on Zodiac: Orcanon Odyssey with Kobojo. (That game appeared on iOS devices and had planned PC, PS4, and Vita versions that never surfaced.) Eight Demigods, each with their own story, is trying to save and change the world. Kazushige Nojima, who is known for working on the scenarios for Final Fantasy VII and its spin-offs, Final Fantasy VIII, Final Fantasy X and X-2, Final Fantasy XIII, and Final Fantasy XV, wrote its story. Hitoshi Sakimoto, who composed soundtracks for Final Fantasy and Valkyria Chronicles games and Vanillaware games like 13 Sentinels: Aegis Rim, is its composer.

Here’s the first trailer for the game:

And here’s a second video with Narrative Director Nojima and Music Director Sakimoto speaking about it.

Astria Ascending will come to the Nintendo Switch, PlayStation 4, PlayStation 5, Xbox One, Xbox Series X, and PC via Steam in 2021. It will also be available via Xbox Game Pass.