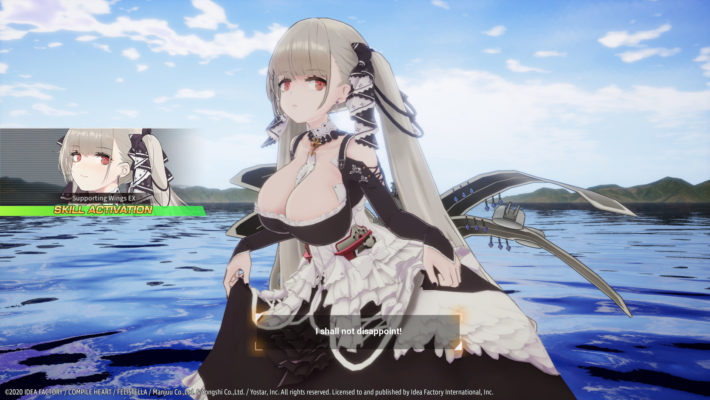 Now that the shipgirls are finally in sight again, we have a better idea of when exactly they’ll be heading to our shores. The Azur Lane Crosswave Switch debut is now definitively dated for North America and Europe. While you won’t be able to consider one of these heroines your valentine, it is pretty close. North American copies will arrive on February 16, 2021. The European version will arrive three days later on February 19, 2021.

As a reminder, this is a slightly improved and adjusted version of the game that already appeared on the PlayStation 4 and PC. Should someone play the Azur Lane Crosswave Switch version, they’ll get Formidable and her Support Ships HMS Neptune, Warspite and Zara and Taihou and her Support Ships Dunkerque, Jean Bart and Saint Louis. (Each of those former DLC characters also has their own story too.) The number of characters who can appear in a Photo Mode picture also doubled from three to six.

The Azur Lane Crosswave Switch port will appear digitally and physically in North America on February 16, 2021 and in Europe on February 19, 2021. People can immediately play through the game on the PlayStation 4 or PC worldwide, though Formidable and Taihou will cost an additional $7.99 each for those versions.