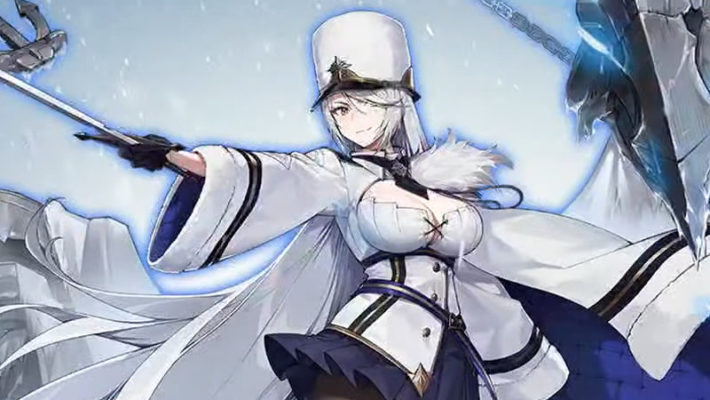 The “Khorovod of Dawn’s Rime” event will begin soon in Azur Lane. It will add new shipgirls to the Soviet-inspired Northern Parliament faction. One of which is the cruiser SN Kirov, who will be voiced by Sumire Uesaka, a renowned Japanese voice actress also known to be fluent in Russian. While the Japanese Azur Lane Twitter account has still yet to introduce her as of this writing, the English account has already made a tweet dedicated to Kirov.

Sumire Uesaka has voiced numerous shipgirls from other factions in the game, from theUSS Saratoga and the repair ship Akashi, to the HMS Queen Elizabeth and Warspite. This marks the first time she gets to actually voice a Russian shipgirl in Azur Lane. However, Uesaka has previously voiced a personification of Kirov. She voiced the same role in Warship Girls R. We have seen this before with Ayaka Fukuhara voicing KMS Bismarck in both titles.

Unlike Murmansk and Tallinn, Kirov was natively built in the Soviet Union. Most of her combat career involved the German invasion of the Soviet Union during World War II. She was mostly trapped by enemy minefields and damaged by German attacks. Yet, she stayed afloat and was repaired to focus on air defense and gunfire support for ground operations. She remained in active service after the war until she was eventually scrapped in 1974. A couple of her gun turrets have been preserved as a monument in Saint Petersburg.

The “Khorovod of Dawn’s Rime” event in the Android and iOS mobile game Azur Lane will begin simultaneously worldwide on February 25, 2021. It will end on March 12, 2021.