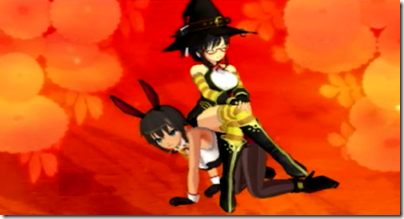 Earlier last week, Marvelous held their Senran Kagura 2: Deep Crimson’s summer festival, where we got a look at a whole lot of action and costume scenes. For those of you who’d like to see more, a playtester by the name Gacchaman shows another look at the upcoming game.

At 3:00, we get to see the base of operations, where you can info and start missions. When you head out, you’ll be able to pick two characters for the Pair Battle system, and characters that relate better can do co-op special moves, and support each other better.

If you’re wondering what’s it like to have completely different characters that don’t relate much paired together, you can see an example at 6:45. As you can see, it doesn’t make that much of a difference, but you might miss out on a few extra strong special moves.

The transformation scenes are all pretty different from one another. For example Haruka has the body to put the scroll between her breasts for the transformation; however, unfortunately for the rather flat-chested Mirai, she hits her face when attempting to do the same.

The playtester shows more combination Secret Ninja Arts at the 10:40 mark of the video, where we get to see various Battle Pairs put their abilities together for powerful attacks. Even Murasame the klutz can get things done when paired with his sister Ikaruga.

At 12:10, we get to see a lengthy amount of costume fun-time with all kinds of different costumes, accessories, and poses from the girls. You can also look at the girls in pairs with different characters. Just listen to how excited this guy sounds about it! 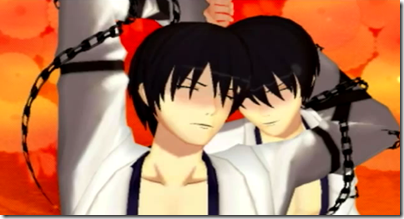 You can also pair up two of the same characters, like having double Murasames… if that floats your boat.

Finally, at 20:30, we get to see a couple more pictures that use the Nintendo 3DS camera’s AR feature, so you can bring all the girls from Senran Kagura 2 to life, in mini-forms.

Senran Kagura 2: Deep Crimson is slated for release in Japan on August 7, 2014 for Nintendo 3DS.