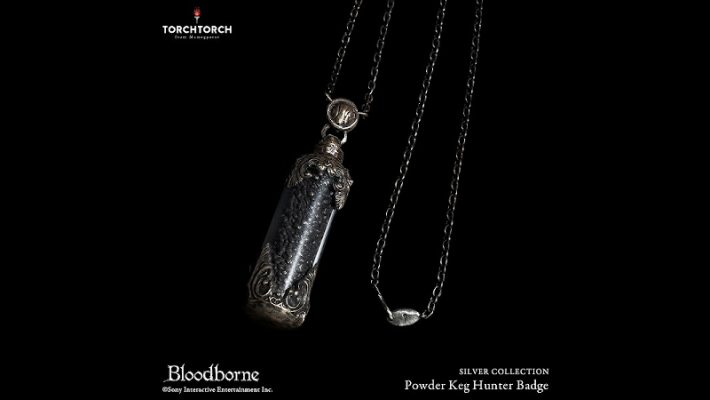 Torch Torch will produce the Powder Keg Hunter Badge from Bloodborne and sell it worldwide. Pre-orders for the real-life pendant are now available online, and people residing outside Japan can place an order via Buyee. The item will cost 24,200 yen ($180.78) and ship between January and February 2023.

The pendant’s head will have a full length of 6 cm (~2.36 inches), while the brass chain will be 45 cm (~17.7 inches) long. Torch Torch will use borosilicate glass, silver 925, and a special alloy made from a combination of silver, copper, and brass to produce the badge.

One of the preview images that Torch Torch published shows how the real-life product will compare to the in-game item. In the original Bloodborne, players can obtain Powder Keg Hunter Badge from Djura to enable purchases of several items, such as the Stake Driver and Rifle Spear weapons. 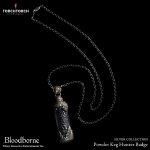 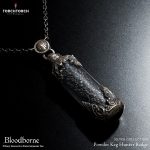 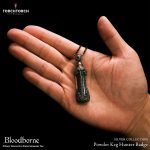 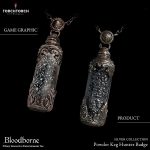 The Powder Keg Hunter Badge will be the eighth Bloodborne badge that Torch Torch has produced in real life. The series began with the Sword Hunter Badge, which came out in March 2020. Since then, Torch Torch has released the Crow Hunter, Wheel Hunter, Saw Hunter, Firing Hammer, and Cainhurst badges. The preceding Cosmic Eye Watcher Badge appeared in March 2022.

Bloodborne is a PlayStation 4 game that From Software developed and Sony Interactive Entertainment released in 2015. One of the game’s producers, Masaaki Yamagiwa, is currently working at Koei Tecmo’s Team Ninja to help develop Wo Long: Fallen Dynasty. Meanwhile, From Software’s newest title, Elden Ring, won multiple awards at the CEDEC Awards 2022.