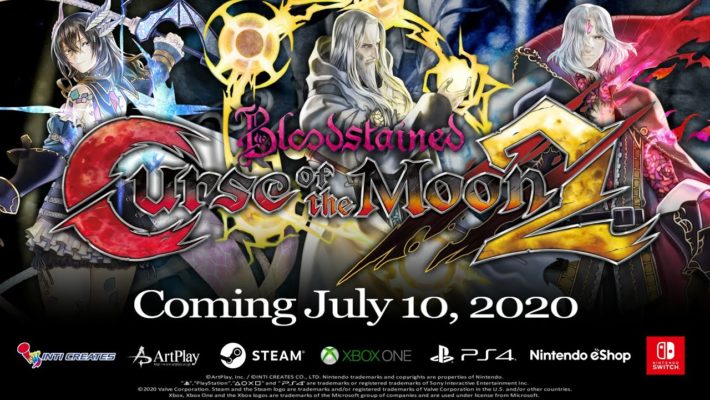 Bloodstained: Curse of the Moon 2 is set to release on modern platforms digitally this week, but that won’t stop it from already getting a physical edition as well. The announcement was made today via the Limited Run Games showcase.

For those unfamiliar with the game, it’s a sequel to the 8-bit style spinoff that was originally developed as a Kickstarter stretch goal. Curse of the Moon 2 will take place after the events of the first, and features three new characters to play as, alongside returning characters Zangetsu, Miriam, Albert, and Gebel from the first.

Bloodstained: Curse of the Moon 2 will launch on July 10, 2020 on the PS4, the Xbox One, the PC, and the Nintendo Switch digitally. A physical edition is on its way for PS4 and Switch. Check out an interview on the game’s development here.