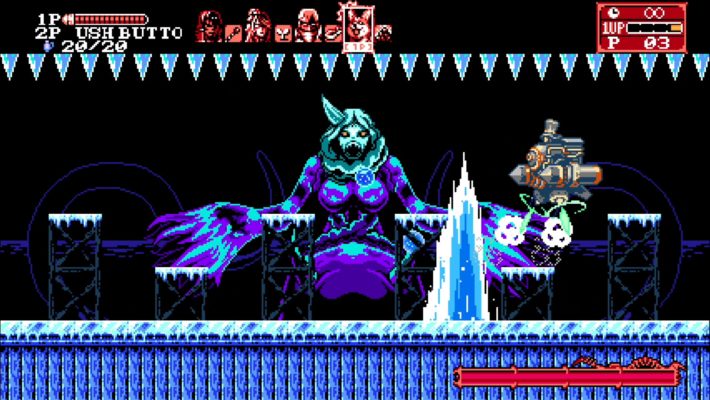 Bloodstained: Curse of the Moon 2 only just made its debut on July 10, 2020, and already a major addition has been confirmed. Inti Creates has announced the first big update. On July 16, 2020, a Curse of the Moon 2 update will be sent off to everyone for free and unlock a Boss Rush mode to the game.

Curse of the Moon 2’s Boss Rush mode won’t immediately be accessible and available to everyone. Given the number of spoilers, that doesn’t seem exactly practical. Instead, after the update is applied, people will be able to unlock the new feature in-game. Once you have opened it up, Boss Rush will show up among the other main menu options.

A trailer was shared promoting the Curse of the Moon 2 update. It shows exactly what happens when Boss Rush is selected, and how people will have options to select different sub-weapons and recover between fights. Be advised that this is a very spoiler-heavy video, as you will be seeing lots of playable characters and bosses in it.